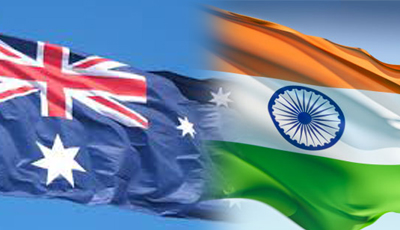 The agreement focuses on ways to increase bilateral trade, investment and research and development in critical minerals and comes after a virtual meeting at which leaders of both countries also struck accords on mutual access to military bases, and on cyber and key technology.

Australia is broadening its push to supply minerals such as lithium and rare earths to strategic trade partners after it signed several similar agreements with the United States in the past two years, most recently in November.

Resources Minister Keith Pitt said in a statement that Australia has the potential to be one of the top suppliers of cobalt and zircon to India, being in the top three for global production of these minerals. Other minerals it could supply include antimony, lithium, rare earths and tantalum. “India presents growing opportunities for Australia’s critical minerals, especially as the nation looks to build its manufacturing sector, defence and space capabilities,” Pitt said. “Indian Government policies such as the ‘Make in India’ programme, and its goal of moving to full electric mobility by 2030, are expected to increase Indian demand for critical minerals.”

Australia is pushing the small but strategic markets which could help its developers gain project funding. Lithium exports are expected to be worth $3 billion in 2024-2025, compared to $69 billion for iron ore.

So far, the agreement with the United States has yet to result in significant development capital for the downtrodden battery sector.

The United States Department of Defense had awarded Australian rare earths producer Lynas Corporation Ltd. funding for development of a processing plant in April but put that on hold partly due to a push to prioritize domestic projects. ($1 = 1.4499 Australian dollars).