Home Cobalt Russia ready to increase domestic cobalt production – even under the Pacific... 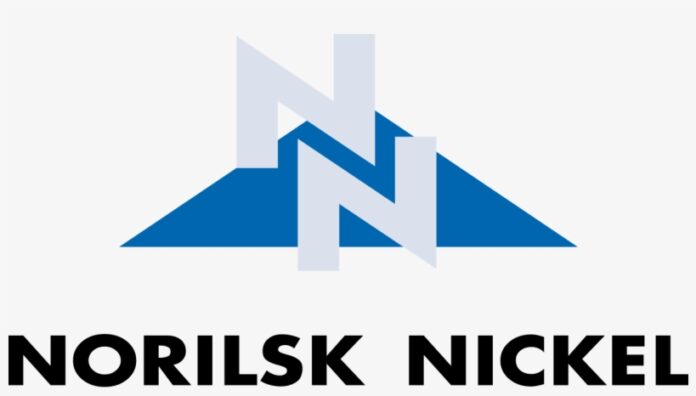 Russia plans to significantly increase the volume of domestic cobalt production within the next several years despite the decrease in global prices for the metal, according to recent statements made by representatives of some senior state officials and local producers, Resource World Magazine reports.

While the official Russian cobalt reserves are classified, according to some estimates by analysts of the Russian Expert business magazine, they currently vary ranging between 630,000 and 650,000 tonnes, of which 200,000 tonnes are proven.

The only producer of cobalt in Russia is currently Norilsk Nickel (Nornickel) while, in the past, production was also carried out by Yuzhuralnickel and Ufaleinikel.

As part of these plans, particular attention will be paid to more active development of sulfide copper-nickel ores of the Norilsk-1, Talnakhskoye and Oktyabrskoye fields located in the Norilsk ore district, as well as from similar ores of the Zhdanovsky and Zapolyarnoye fields of the Kola Peninsula.

So far, the majority of cobalt produced in Russia has been sent for exports; however, as part of the state plan, they are creating conditions for the re-direction of at least part of supplies to the domestic market. That will be achieved through the stimulation of the demand for cobalt from domestic high-tech industries.

According to earlier statements by a Norilsk Nickel spokesman, to date, a significant part of its cobalt has been sold as intermediate products, while the rest was sent as concentrate to its Finnish Harjavalta subsidiary.

In addition to traditional fields, part of Russia’s plan is to start cobalt production at the Magellan Mountains in the Western Pacific Ocean. The 3,000 km2 undersea property was granted to Russia by the International Seabed Authority in 2010 for geological exploration and industrial production of cobalt.

Cobalt-rich crusts are considered a new type of oceanic mineral of interest like ores rich in cobalt, manganese and other minerals.

According to an official spokesman of Rosgeology, Russia’s state company specializing in geological exploration, which was responsible for conducting drilling at the site, “the main value of these fields is their unprecedented cobalt content, estimated to be 1% and higher. In the majority of explored fields such ore content is usually around 0.7%.”

Tatyana Khulapova, a leading geologist at Yuzhmorgeologiya, a subsidiary of Rosgeology, which is directly responsible for the cobalt project, said that the Russian undersea reserves could be equivalent to land deposits of more than 50,000 tonnes of cobalt and 250,000-500,000 tonnes of nickel.

Exploration at the Magellan Mountains will take up to 7-8 years, by which time resources will be upgraded to reserves which may create conditions for industrial development and production.

Russia is currently working on the technologies that could be potentially be used for undersea development.

According to Rosgeology a full-scale study of the guyots [an isolated underwater volcanic mountain (seamount) with a flat top] of the Magellan Mountains investigating cobalt values began in the 1980s and was successful. Dredging was the main method of work at that time. That involved collection of samples by a rock dredge that could bring bottom material from the slopes of the undersea mountain structures.

Khulapova said the information obtained regarding the geological structure of guyots, the distribution of ore formations and the quality of the ore was incomplete and not entirely reliable.

Khulapova commented: “The first attempts to drill wells on guyots in order to study the top surfaces and horizontal sections began in 1992-1994, when 10 wells [holes] were drilled. At that time, this work was pioneering – a trial – and the quality of the obtained core in a number of wells was unsatisfactory. Since 2001, drilling guyots has resumed. This method has proven itself in the study of cortical mineralization. The methodology of work was improved, the core obtained was high-quality and the geological test was representative and reliable. About 150 wells have been drilled.”

Drilling was carried out at a depth of 1,500 to 4,000 metres on sub-horizontal sections of the sea bottom from the Gelendzhik research vessel using unique deep-water drilling technology and the Russian GBU-1/4000 bottom-based drilling rig.

There are only four similar drilling rigs in the world (in Australia and Germany, two in the US). However, the Russian GBU-1/4000 is unique in that it has autonomous battery power. Others are powered directly from the ship, which complicates deep-sea mining. The GBU-1/4000 was designed specifically for the Pacific exploration project for the cobalt-manganese fields.

GBU-1/4000 is the only device in the world that ensures drilling to a depth of up to 1.12 metres when on the sea floor (usually no more than half a metre). It is capable of recovering monolithic rock, which allows geologists to obtain representative samples and more accurately assess the geological characteristics of the area.

In addition to Russia, exploration rights for ocean deposits of the cobalt-rich manganese crust have been granted to Korea, China, Japan and Brazil.

An interest in cobalt production has been recently confirmed by Norilsk Nickel. According to earlier statements of Anton Berlin, marketing director of Norilsk Nickel, in an interview with Reuters, he said that despite a significant decline of global cobalt prices the company plans to continue implementation of its investment in the cobalt mining sector.

One such project involves supplies of Russian cobalt for German company BASF as part of a long-term agreement signed last October. The contract would involve a regular supply of Norilsk’s cobalt for BASF’s plant to produce battery components for electric vehicles in Finland.

One problem which may prevent implementation of plans is the low quality of cobalt-containing ores from Russia, which, in contrast to those in the Democratic Republic of Congo, Russian cobalt deposits do not allow for separate production of the metal.