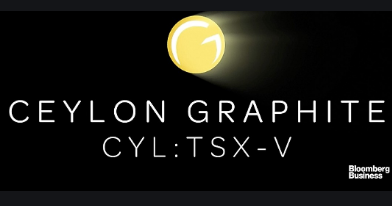 The sale, which was for 300 kgs of vein graphite with carbon content of 95-97%, was to Elves Graphite Co, Ltd., Seoul, South Korea. The graphite was purchased to evaluate its suitability for battery manufacturers and other industries who use high-grade graphite in their manufacturing processes in South Korea. The shipment is expected to ship immediately.

“Korea is a large market for high purity graphite,” said Bharat Parashar, Chief Executive Officer. “We believe that our graphite is ideally suited to meet the high standards of the South Korean lithium ion battery and hi-tech industry and will be attractive to the Chaebols. We hope we will see sizeable orders shortly.”

Sri Lankan graphite is recognized as amongst the purest in the world, which combined with a low cost of production, makes it ideal for many uses, most notably when upgraded to battery-grade graphite for lithium ion batteries and for the burgeoning market of graphene applications.

Ceylon Graphite’s K1 mine entered commercial production in December 2019 with exploration continuing at its other selected sites. Sarcon Development has control of 121 Grids in Sri Lanka.

About Ceylon Graphite Corp.
Ceylon Graphite is a public company listed on the TSX Venture Exchange that is in the business of exploration and development of graphite mines in Sri Lanka. The Government of Sri Lanka has granted the company exploration rights in a land package of over 120km². These exploration grids (each one square kilometer in area) cover areas of historic graphite production from the early twentieth century and represent a majority of the known graphite occurrences in Sri Lanka. Graphite mined in Sri Lanka is known to be some of the purest in the world, and currently accounts for less than 1% of the world graphite production.