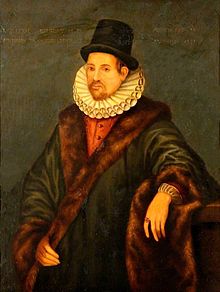 (24 May, 1544 – 30 November, 1603), also known as Gilberd, was an English physician, physicist and natural philosopher. He passionately rejected both the prevailing Aristotelian philosophy and the Scholastic method of university teaching. He is remembered today largely for his book De Magnete (1600), and is credited as one of the originators of the term “electricity“. He is regarded by some as the father of electrical engineering or electricity and magnetism.

A unit of magnetomotive force, also known as magnetic potential, was named the Gilbert in his honour.

Sources : Wikipedia and others