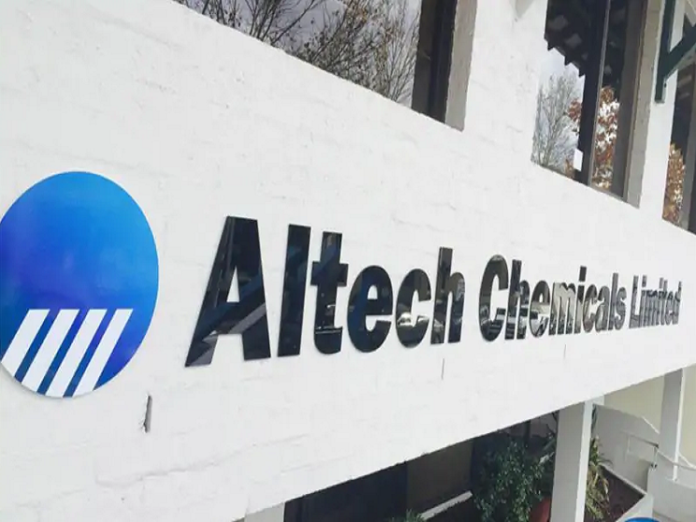 As the lithium-ion battery industry rapidly expands in response to increased demand for electric vehicle (EV) and portable electronic device batteries, some in the industry have turned to cheaper low-grade alumina and boehmite as a coating material for battery separators. This substitution is away from high quality 4N alumina (99.99%) as a standard separator sheet coating. Results from the Fraunhofer test work point to a previously unrecognized contamination risk and heightened safety hazard – sodium leaching – from lower grade alumina or boehmite. A lithium-ion battery stores then releases power by lithium ions moving between the battery cathode and anode, representing the charge and visa-versa discharge cycles.

Separating the cathode and anode within the battery is a thin polymer sheet through which lithium ions pass via a liquid electrolyte – a separator sheet. The composition of these polymer separator sheets has evolved over time in parallel with increases in battery energy density and faser charging / discharging requirements. Now separator sheets are mostly coated with thin layers of alumina powder to maintain separator integrity under the ever-increasing operating temperatures of modern high-energy lithium-ion batteries.

The Fraunhofer test work exposed various commercial grade alumina / boehmite powders known to have been adopted for battery separator coatings, to lithium battery electrolyte solution under controlled battery type conditions. What was observed was severe sodium leaching and contamination of the organic electrolyte solution from the lower grade alumina and boehmite powders. The IKTS reported that the sodium content in the electrolyte rose from an initially acceptable 0.5 ppm, up to potentially catastrophic level of 40 ppm (an 80-fold increase) for the test using low quality 3N alumina (99.9%). Similar leaching and electrolyte contamination were observed for the boehmite test (99.7% purity), where the sodium level in the electrolyte jumped 20-fold. For the 4N alumina (99.99%), almost zero leaching of sodium was observed.

Sodium contamination is to be avoided at all costs anywhere within a lithium-ion battery. Sodium can dramatically reduce battery discharge capacity and adversely impede the movement of lithium ions within the battery. When there is too much sodium present in the battery’s organic electrolyte solution, the movement of lithium ions is hindered and the battery discharge capacity is rapidly reduced. Overall, sodium has a negative impact on battery performance and safety. Sodium presence in battery electrolyte promotes dendrite growth and lithium plating on the anode, which are catalysts for battery failure.

Dendrite growth within the battery cell is a significant safety concern. Dendrites are microscopic metals that are as thin as hair and as sharp as needles. Dendrites grow from the anode during overcharging and fast charging (“supercharging”) of a lithium-ion battery. If unchecked the dendrites will in all likelihood eventually pierce the separator and cause a thermal runaway leading to battery fire or even explosion.

It would appear that the lithium-ion battery industry currently incorrectly assumes that the sodium impurities contained within lower grade alumina and boehmite are “crystal bound”, and simply do not leach out of the alumina – this new test work proves this assumption to be incorrect! Altech managing director, Iggy Tan said that “the ramifications from these research findings for the portion of the lithium-ion battery industry that is transitioning – or is contemplating transitioning – to cheaper alumina substitutes for separator coatings, are set to be profound. It is hard to comprehend why lithium-ion battery manufacturers would transition to a lower quality alumina – when this material is introducing sodium into the battery electrolyte and as a result jeopardizing battery safety and performance. The extra cost of a high purity alumina coating versus the lower grade material is minimal, likely less than US$ 1 per kWh battery capacity or US$ 100 for a typical EV. A small cost impact on the end product to ensure the highest level of battery safety and quality. It is potentially catastrophic that many in the industry appear to be attempting to move to lower quality material as a battery separator coating. A minimum quality standard for all alumina used as coating material on battery separator sheets should be adopted by industry” he concluded.