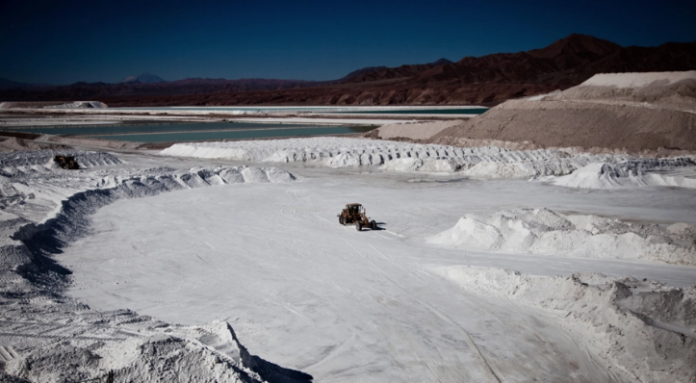 Tianqi Lithium Corp., one of the world’s top lithium producers, said on Tuesday its net loss for 2019 was expected to be twice as big as it previously indicated after raising the impairment provision on its stake in Chilean miner SQM, reports Mining.com.

The Chinese firm, which has flagged liquidity problems as it struggles to repay loans taken out to buy the 23.8% stake in 2018, said in a filing to the Shenzhen Stock Exchange its annual net loss is now set to total 5.98 billion yuan ($843.6 million).

The filing was an adjustment to Tianqi’s preliminary 2019 result – a net loss of 2.8 billion yuan which was announced in February. The company is due to release its full earnings report later on Tuesday.

The wider net loss will pile further financial pressure on Tianqi, which is considering asset sales to reduce debt. Prices for lithium, used in batteries for electric vehicles, have fallen around 70% since it agreed to buy the SQM stake and are languishing at five-year lows.

Tianqi has been linked with selling part of its stake in the Greenbushes mine in Western Australia, the largest and lowest cost hard-rock lithium mine in the world, which is expected to draw interest from suitors such as Fortescue Metals Group.

Chengdu-based Tianqi said in February it had set aside an impairment provision of about 2.2 billion yuan for the stake in SQM, formally known as Sociedad Quimica y Minera de Chile, but on Tuesday said it had increased the provision by 3.07 billion yuan.

An impairment is a loss in the recoverable amount of an asset on a company’s balance sheet.

Tianqi said the revision was made because of the impact of the coronavirus outbreak on SQM’s key lithium export markets, such as the United States and Europe, which had been underestimated in February.

It also noted that SQM last month forecast lithium prices would fall further due to oversupply, while a report from consultancy Roskill pointed to a worsening outlook for electric vehicle sales due to the pandemic.

The company is also due to report earnings for the first quarter of 2020 later on Tuesday, for which it has flagged a net loss of 450-510 million yuan.