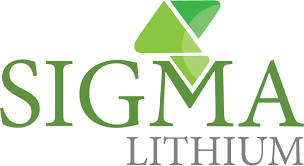 SIGMA Lithium Corporation, a company dedicated to powering the next generation of electric vehicle batteries with environmentally sustainable and high-purity lithium, has announced initiation of commissioning of its dense medium separation processing plant, one month ahead of schedule. It also announces certain leadership changes as it evolves with commissioning and operational readiness for commercial production of Battery Grade Sustainable Lithium expected to commence this April on schedule and within budget.

Brian Talbot will continue to lead operations as Chief Operating Officer of Sigma Lithium. Mr. Talbot has been working with the Company since 2021, leading the operating team on site playing an instrumental role in the execution of project commissioning. He also serves on the Company’s Technical Committee.

Ana Cabral-Gardner, previously Co-CEO, continues as CEO of Sigma Lithium. She will also continue as Co-Chair of the Company’s Board of Directors. Ms. Cabral-Gardner has been at the helm of Sigma Lithium since 2018, leading it to become a global pioneer in environmental and social sustainability within the battery supply chain.

Further, in preparation for evolving financial reporting responsibilities as the Company transitions from developer to producer, Rodrigo Menck, who joined the Company in 2022, has been named Chief Financial Officer of Sigma Lithium. Felipe Peres, former Chief Financial Officer, will continue to work closely with the Finance Team in the capacity of Senior Advisor to the Company. Mr. Menck has roughly 30 years of experience in finance and capital markets. He has spent the last 15 years leading finance functions for large corporations, including most recently with Nexa Resources, the mining company of the Votorantim group in Brazil, where he served from 2019 to 2022 as CFO. Prior to his corporate experience, Mr. Menck spent close to 15 years in global financial institutions such as BankBoston, Itaú, WestLB, Citi and BNP Paribas. He holds an MBA in Economics from the University of São Paulo, is a Certified CFO by the Brazilian Institute of Financial Executives, and a certified board member by the Brazilian Institute of Corporate Governance.

Calvyn Gardner, who had been Co-CEO and Co-Chair of the Board, will remain on the Board of Directors.

“On behalf of the Company’s Board, employees and the entire Sigma team, I would like to thank Calvyn for his contributions to the Company. I have personally learned a great deal from Calvyn and I am truly honoured to have served by his side at Sigma for almost seven years,” said Ana Cabral-Gardner, Sigma Lithium CEO and Co-Chair.