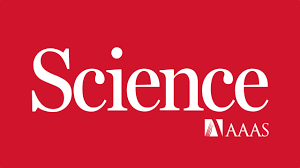 Booming electric vehicle sales have spurred a growing demand for lithium. But the light metal, which is essential for making power-packed rechargeable batteries, isn’t abundant. Now, researchers report a major step toward tapping a virtually limitless lithium supply: pulling it straight out of seawater, Science reports.

“This represents substantial progress” for the field, says Jang Wook Choi, a chemical engineer at Seoul National University who was not involved with the work. He adds that the approach might also prove useful for reclaiming lithium from used batteries.

Lithium is prized for rechargeables because it stores more energy by weight than other battery materials. Manufacturers use more than 160,000 tons of the material every year, a number expected to grow nearly 10-fold over the next decade. But lithium supplies are limited and concentrated in a handful of countries, where the metal is either mined or extracted from briny water.

Lithium’s scarcity has raised concerns that future shortages could cause battery prices to skyrocket and stymie the growth of electric vehicles and other lithium-dependent technologies such as Tesla Powerwalls, stationary batteries often used to store rooftop solar power.

Seawater could come to the rescue. The world’s oceans contain an estimated 180 billion tons of lithium. But it’s dilute, present at roughly 0.2 parts per million. Researchers have devised numerous filters and membranes to try to selectively extract lithium from seawater. But those efforts rely on evaporating away much of the water to concentrate the lithium, which requires extensive land use and time. To date such efforts have not proved economical.

Choi and other researchers have also tried to use lithium-ion battery electrodes to pull lithium directly from seawater and brines without the need for first evaporating the water. Those electrodes consist of sandwichlike layered materials designed to trap and hold lithium ions as a battery charges. In seawater, a negative electrical voltage applied to a lithium-grabbing electrode pulls lithium ions into the electrode. But it also pulls in sodium, a chemically similar element that is about 100,000 times more abundant in seawater than lithium. If the two elements push their way into the electrode at the same rate, sodium almost completely crowds out the lithium.

To get around this problem, researchers led by Yi Cui, a materials scientist at Stanford University, looked for ways to make electrode materials more selective. First, they coated an electrode with a thin layer of titanium dioxide as a barrier. Because lithium ions are smaller than sodium, it is easier for them to wriggle through and into the electrode sandwich.

“That doubles the selectivity, at least,” compared with previous attempts to use battery electrodes to harvest lithium, says Chong Liu, a materials scientist at the University of Chicago who previously was a postdoctoral scientist in Cui’s laboratory.

The advance is still not likely cheap enough to compete with mining lithium on land, Liu says. However, she says her group is attempting to increase selectivity using other types of lithium-ion battery electrodes.

Choi adds that the approach might also prove useful for recovering lithium from discarded batteries, giving the metal a second lease on life—and potentially supercharging the ascendancy of electric vehicles.