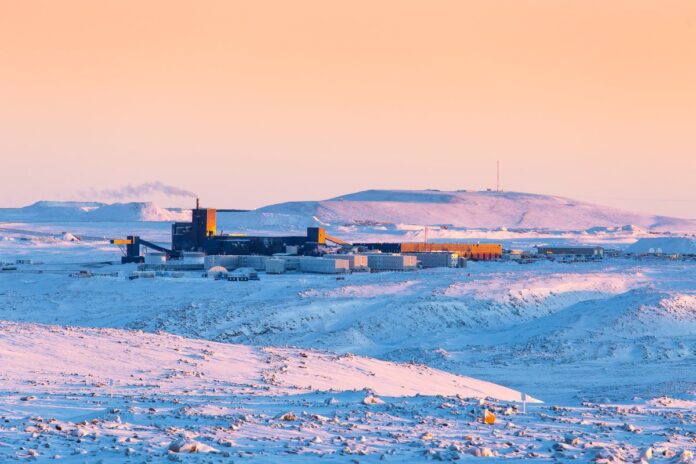 Saft Groupe SA – a fully owned subsidiary of Total SA – is a company involved in the design, the development and the manufacturing of batteries used in transport, industry and defense. Headquartered in France, it has an international presence.

A Saft lithium-ion (Li-ion) energy storage system (ESS) is maximizing the penetration of wind power and saving fuel at Glencore’s RAGLAN mine in Northern Canada. The ESS is rugged enough to support year-round wind power generation at the remote Arctic mine.

Overwiew
TUGLIQ Energy Corp. owns and operates 3MW of Saft ESS and 6MW of wind power, at Glencore’s RAGLAN Mine. The Mine’s energy-intensive operations require up to 18 megawatts (MW) of mission-critical power, within an autonomous hybrid diesel-renewable-storage smart grid.

RAGLAN employs 800 onsite, producing 1.3 million tons of nickel and copper ore annually. Located in Nunavik, the most northerly part of Quebec, RAGLAN is inaccessible by land, and is accessible by sea only a few months per year due to ice and ecosystem protection. When RAGLAN entered operation in 1998, it relied entirely on imported diesel fuel.

However, Glencore wanted to boost its environmental performance and self-reliance and, in 2013, partnered with TUGLIQ Energy to diversify the site’s energy mix. After installing 6MW of wind power, TUGLIQ acquired a Saft Li-ion ESS to regulate the output from the turbines and to provide bridging power or ramp-rate control in response to variability in turbine output. TUGLIQ’s installations have abated more than 15 million liters of diesel since 2014, continuing with 4 million liters of annual diesel abatement as of 2020.

A tough and unforgiving environment:

The solution: stable microgrid with high wind power penetration
The Li-ion ESS helps TUGLIQ to cover periods when wind power output drops. This overcomes wind turbine variability, ensures a controlled ramping down of power
and supports grid frequency and stability. Without energy storage, TUGLIQ would need to curtail around 25% of its wind power to protect power quality, losing a total of 2 GWh of wind energy per year.

Proven solution for the Arctic climate
Saft delivered the ESS as an Intensium Max+ 20M cold temperature package. Its high-tech insulation ensures the battery works effectively in the extreme cold. As a safetycritical remote site, Glencore also demands that power equipment feature a proven track record. Saft’s approach has already been deployed at two other Arctic microgrids: the remote communities of Colville Lake in Northwest Territories, and Kotzebue in Alaska.

Microgrid delivered in two phases
A first phase of the microgrid was commissioned in 2014. It included the first 3 MW turbine, a microgrid control system and three smaller-scale energy storage technologies, 250 kW Li-ion battery, 200 kW flywheel and 200kW hydrogen fuel cell combined with an electrolyzer and a 4 MWh hydrogen storage.

After reviewing its performance, Glencore and TUGLIQ wanted to double the wind penetration in a second phase microgrid with another 3 MW turbine. To enable such higher penetration, they selected a single and more powerful Saft Li-ion ESS as the most economic energy storage technology. Deployed in 2018, the second phase has enabled Glencore to double annual abatement to 4.2 million liters of fuel and to avoid 6,800 tonnes of CO2 emissions.

“Saft’s ESS is enabling Glencore to better integrate the second windmill to save 2.1 million liters of fuel per year and save the equivalent of 6,800 tonnes of carbon dioxide. The resultant savings show that microgrids can improve the economic, social and environmental sustainability of remote communities and help the Arctic region’s mining operators insulate themselves against the volatility of commodity and fuel markets”, said Nicolas Seguin, Director of Business and Development at TUGLIQ.