Home Battery separators New separator for lithium batteries that acts as a safety buffer in... 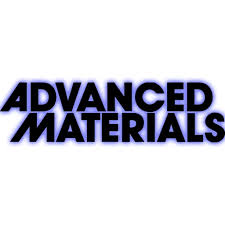 Lithium batteries generally fail due to the appearance of needle-like structures called dendrites, which build up on the anode after multiple charging cycles. These dendrites can grow long enough to pierce the separator that divides the anode and cathode, creating an electron pathway that causes an internal short circuit. When that happens, the flow of electrons gets out of control, causing the battery to instantly overheat and stop working.

Developed at the University of California San Diego, the new separator features one side that’s covered by a thin, partially conductive web of carbon nanotubes. This web intercepts any dendrites that form, allowing electrons to be released gradually rather than all at once.

“We’re not trying to stop battery failure from happening. We’re making it much safer so that when it does fail, the battery doesn’t catastrophically catch on fire or explode,” said UCSD nanoengineering PhD student Matthew Gonzalez, first author of the paper, published in Advanced Materials.

“When a dam starts to fail, a spillway is opened up to let some of the water trickle out in a controlled fashion so that when the dam does break and spill out, there’s not a lot of water left to cause a flood. That’s the idea with our separator. We are draining out the charge much, much slower and prevent a ‘flood’ of electrons to the cathode. When a dendrite gets intercepted by the separator’s conductive layer, the battery can begin to self-discharge so that when the battery does short, there’s not enough energy left to be dangerous.”

In testing, lithium metal batteries equipped with the new separator showed signs of gradual failure over 20 to 30 cycles, while batteries with regular and thicker separators experienced abrupt failure in a single cycle.