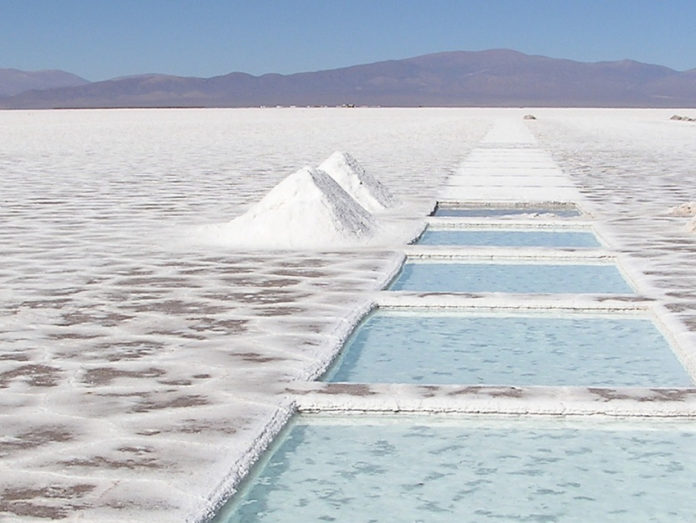 Lithium is fairly abundant in nature, but getting large quantities suitable for use in battery cells is a slow and expensive process. Researchers at Monash University, CSIRO, the University of Melbourne, and the University of Texas at Austin say they have devised a new way of filtering lithium brine that speeds up the process dramatically at much lower cost. Their research was first published March 9 in the journal Nature Materials.

“Based on this new research, we could one day have the capability to produce simple filters that will take hours to extract lithium from brine, rather than several months to years,” says Professor Huanting Wang, a co-author of the study and a and professor of chemical engineering at Monash University. “Preliminary studies have shown that this technology has a lithium recovery rate of approximately 90 percent — a substantial improvement on the 30 percent recovery rate achieved through the current solar evaporation process.”

The scientists have discovered a way to utilize metal-organic framework channels that mimic the filtering function, or ion selectivity, of biological ion channels embedded within the membranes of living cells. The synthetic MOF-based ion channel membrane is precisely tuned, in both size and chemistry, to filter lithium ions in an ultra-fast, one directional and highly selective manner. According to Science Daily, the technology has been awarded a worldwide patent and efforts to commercialize the process are under way.

Matthew Hill is an associate professor at CSIRO and Monash University. He says, “We’re pleased that our international research collaboration has made a breakthrough that could improve the supply of lithium. This is important for enabling electric vehicles and grid integration of renewable energy sources.”