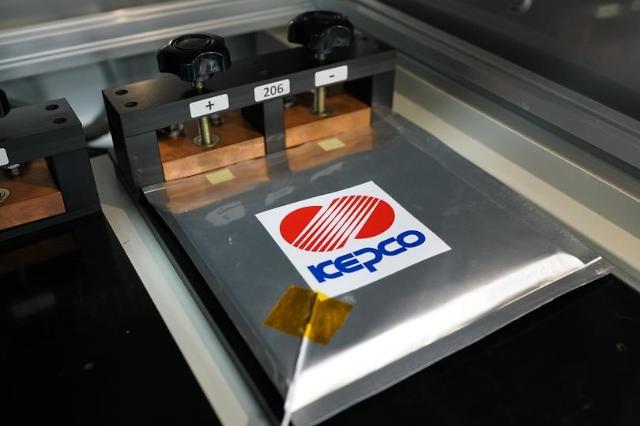 The newly-developed battery is more stable and cheaper than large-capacity lithium-ion batteries that use intercalated lithium compound as a positive material. KEPCO said on Thursday that its new 20Ah-class secondary battery uses manganese dioxide as its positive electrode, making it ideal for storing power safely inside an energy storage system (ESS).

“KEPCO’s new secondary battery, which can reduce the cost of constructing an ESS to half, will help the expansion of renewable energy sources in South Korea by vitalizing the use of ESS,” a KEPCO official was quoted as saying.

An ESS normally requires a minimum capacity of 20Ah for single-cell batteries. Battery cells are linked in packs to be fitted into the energy storage. A 20Ah battery cell has a power output of 2,400 watts, which is enough to operate a stove or a refrigerator for an hour.