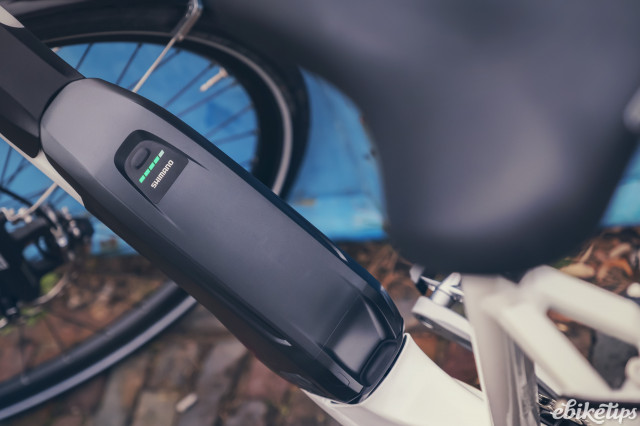 The BT-8036 integrated battery has 630Wh of power, an increase over the current largest power pack by 126Wh from 504Wh. The new high-capacity battery has two options that can be integrated into a down tube, as well as an externally-mounted option, dubbed BT-E8016, that requires a brand-new fitment port to accommodate the change in its physical size. 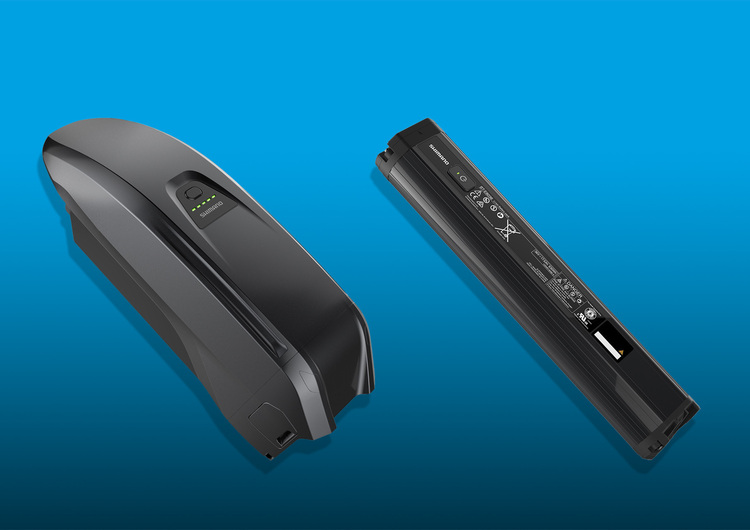 Manufacturers using Shimano’s current 504Wh battery, such as Canyon, claim that in eco mode a 100km mountain bike ride can be eked out of a single charge. The battery capacity has increased by 25 per cent, so riders on a bike equipped with a BT-8036 or BT-E8016 should reasonably expect to travel roughly 25 per cent or 25km further than a BT-E8035-equipped bike.

Shimano also states its batteries have a long lifespan. Although they do suffer from capacity degradation, like all modern lithium-ion batteries, Shimano claims it takes 1,000 full charge cycles to reduce the battery’s usable charge to 60 per cent of its original capacity. Shimano has had the calculators out and estimates that’s the equivalent of 19 years of charging the battery from empty to full once a week. With the inclusion of the 630Wh battery, Shimano now offers manufacturers a choice of ten different battery types.