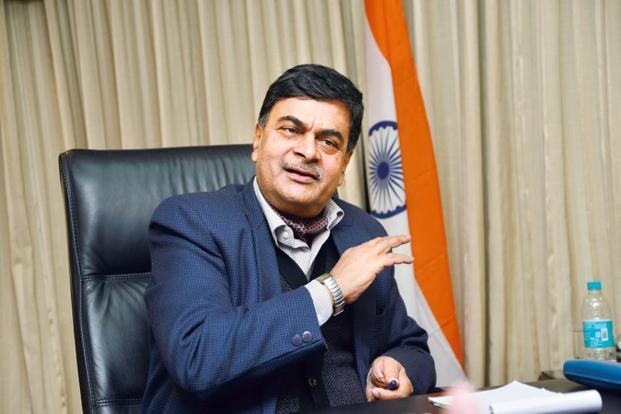 Indian Union Power Minister, Raj Kumar Singh, on Tuesday said that “after some time” the government will bring in tariff barriers to protect domestic battery manufacturers. He was speaking at a web-conference organized by TERI, the Delhi-based energy and sustainability policy research organization, Thehindubusinessline.com reports.

Outlining the various steps the government has been taking to foster renewable energy in India, the Minister said that there would be more auctions of wind and solar capacities combined with storage. By so scaling up, the government would bring down the cost of storage, he said.

“Right now we are inviting people to manufacture batteries in India; but after some time, we will set up tariff barriers” so that the manufacturers are not hit by cheap imports, he added. Singh also said that the government is bringing in customs duty on imported solar cells and modules, because “our neighbor up north” is dumping the products in India, often selling below manufacturing costs. Earlier, India had faced a similar situation in ‘iron and steel’, he said.

Speaking of the huge solar capacity being rolled out, he said: “We will insist on most of it (equipment) being made here.” Already, the domestic modules and cells manufacturing capacity (cells are assembled into modules) is being expanded by 7,000-8,000 MW, he added.

Earlier, Singh pointed out that India had installed wind and solar capacity of 88 GW. “Another 145 GW is under installation, and we have bid out another 31GW,” he said.

43 GW of solar bid out in 2019-20
A research note issued by JMK Research & Analytics, a Delhi-based renewable energy and e-mobility consultancy, said that 43 GW of solar capacity had been tendered out in 2019-20, compared with the country’s current installed base of 35 GW.

Of the capacity tendered out, auctions were completed for 38 GW, of which 26 GW of capacity were allocated to winning bidders.