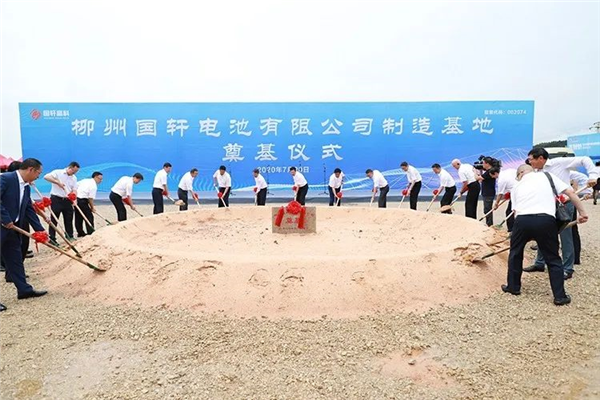 Gotion High-Tech, China’s No.3 battery maker, celebrated on July 20th the opening of its battery manufacturing base in Liuzhou, Guangxi Zhuang Autonomous Region, according to a posting on the company’s WeChat account, Autonews.gasgoo.com reports.

Covering an area of 400 mu (266,666 square meters), the Liuzhou base will be equipped with battery cell production workshops, battery pack assembly workshops, warehouses and other supporting facilities, according to the agreement. The whole construction is set to be conducted in two phases, of which the first one should be completed within 15 months.

According to Xu Xingwu, executive vice president of Gotion High-Tech’ Engineering Research Institute, the Liuzhou base will primarily produce lithium ion soft packs with the 390 or 590 soft package modules to be made first.