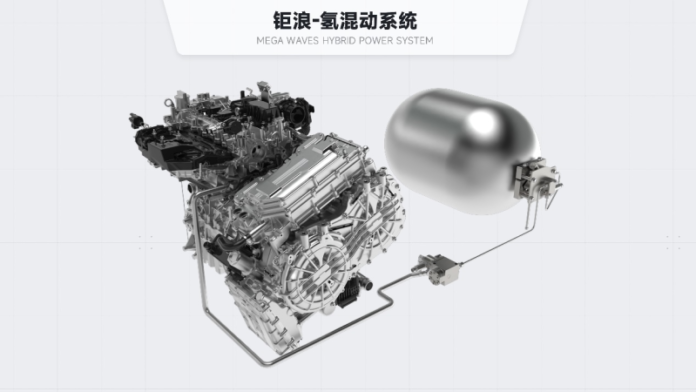 Among the technologies displayed at 2022 GAC Tech day at the GAC R&D Center was a new-generation LFP battery built on microcrystalline technology (SmLFP). Compared with the current mass-produced lithium iron phosphate batteries on the market, the super-energy lithium iron battery has an increase of 13.5% in mass energy density, 20% in volume energy density, about 10% in low temperature capacity at -20°C, and a fast charge of more than 2C.

The life of the battery can reach more than 1.5 million kilometers (>4000 weeks @ 80%)—effectively solving the technical problem of a “balanced performance” lithium battery.

Aside from the SmLFP technology, GAC Group displayed its Mega Waves Hybrid Modular Architecture (originally announced in April) and unveiled its 1.5L hydrogen-fueled engine for the first time, positioned as an element in the hybrid system.

The GMC electromechanical coupling system offers high efficiency, high performance and high integration, and is compatible with all XEV models. This year, GAC Trumpchi will launch a flagship MPV model equipped with high-torque GMC, with a pure electric cruising range of more than 100km and a comprehensive system power of 270 kW.