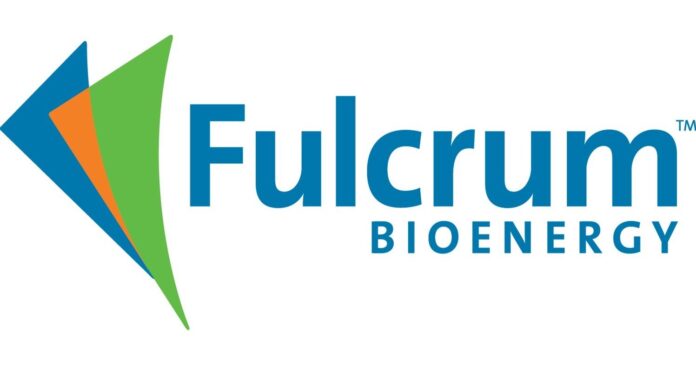 Fulcrum BioEnergy Inc., a clean energy company pioneering the creation of renewable, drop-in transportation fuels from landfill waste, has announced that it has completed a $20 million equity investment in Fulcrum by SK Innovation, the energy arm of South Korea’s SK Group. In addition, Fulcrum and SK Innovation will work together to enter into an exclusive licensing agreement providing the opportunity to explore the possibilities of bringing Fulcrum’s patented and proprietary waste-to-fuel process to South Korea and select countries in Asia.

SK Innovation, which contributes to South Korea’s energy security and economic development, operates South Korea’s largest refinery as well as petrochemical, e-mobility battery and information electronic materials businesses. This is the second investment that SK Group has made in Fulcrum, following its participation in a $50 million equity round in December 2021 by SK Inc.

“This investment signals another strong vote of confidence in Fulcrum’s proprietary waste to fuels process following the recent operational achievement of producing syngas from landfill waste at our Sierra BioFuels Plant,” said Eric Pryor, Fulcrum’s President and Chief Executive Officer. “The team at SK Innovation have been at the forefront of shepherding South Korea into a green energy future. We look forward to our continued partnership as we explore the many possibilities ahead of us in Asia.”

This expanded partnership and investment comes on the heels of the company completing the commissioning and initial operations of its inaugural biorefinery, the Sierra BioFuels Plant located east of Reno, Nevada. In May, the company demonstrated its ability to transform landfill waste feedstock into a syngas, laying the groundwork for Fulcrum to move on to the final step in its waste to fuels process, converting the syngas into liquid fuel.

Beyond Sierra, Fulcrum has also announced plans for additional plants as it seeks to scale up its production and address critical and urgent environmental issues – the reduction of carbon emissions from the aviation industry, of garbage sent to landfills and of the nation’s dependence on foreign oil.

Based in Pleasanton, California, Fulcrum is leading the development of a reliable and efficient process for transforming waste into net-zero carbon transportation fuels, including sustainable aviation fuel and diesel. The Company’s innovative process, which utilizes landfill waste as a feedstock, will reduce greenhouse gas emissions by approximately 100% compared to traditional fuel production, contributing to the aviation and transportation sectors’ carbon reduction goals.

Beginning with the Sierra BioFuels Plant, Fulcrum’s plants will provide customers with low-carbon drop-in fuel that is competitively priced with traditional petroleum fuel. The Company is advancing on its large commercial growth program of net-zero carbon waste-to-fuels plants across North America with a planned production capacity of approximately 400 million gallons per year. Fulcrum, a privately held company, has aligned itself and entered into strategic relationships with industry leaders in the waste, aviation and energy sectors to further strengthen and accelerate the Company’s patented and proprietary approach to commercially producing large volumes of renewable fuel from landfill waste.