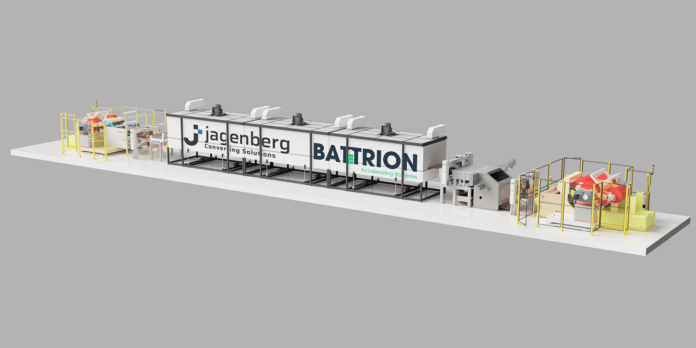 Aligned Graphite Technology improves the performance of the negative electrode in a lithium-ion battery by re-orienting the graphite particles thereby enabling an up to 50% faster charging of batteries and lower cell resistance.

The mass adoption of EVs is leading to a huge demand for low-cost, high-performance lithium-ion batteries. Cell manufacturers are forced to scale up quickly to meet production targets and leverage economies of scale. In parallel, their customers, EV manufacturers, require significantly faster-charging cells. This drives demand for improvement both in battery technology as well as production capabilities, all while ensuring full compatibility with the established GWh-production standards and supply chains.

Battrion is an ETH Zurich spin-off founded in 2015. Battrion operates a research lab and production facility in Dübendorf, Switzerland, where it develops its Aligned Graphite technology, a fabrication technology for lithium-ion batteries that improve the microstructure of negative electrodes.

The technology significantly increases the charge- and discharge performance of lithium-ion batteries and is particularly suited for EV and high-power applications. The technology is compatible with mixed silicon/graphite materials. Battrion offers its Aligned Graphite technology on a license basis.