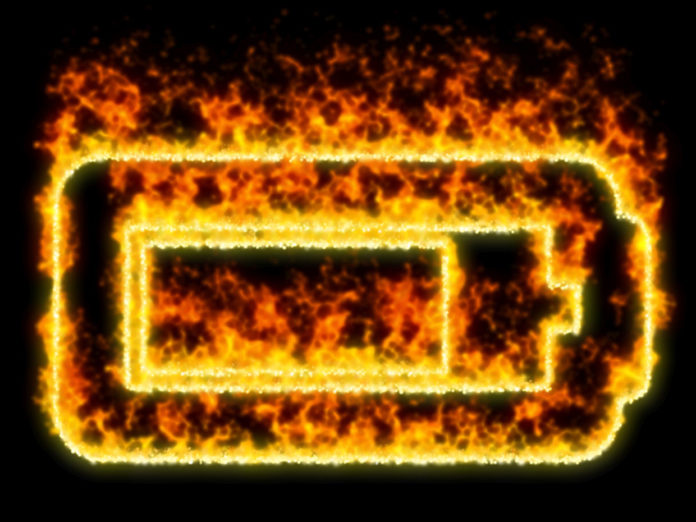 Scientists from Stanford University have invented a “fireproof” solid-state electrolyte: a lithium-ion battery that works even when it’s on fire!

Back in the early 1990s, when local firefighters received a call from Moli Energy, they knew exactly where to head: the company’s battery warehouse. The Vancouver-based firm was the first to mass produce rechargeable lithium-metal batteries. But the batteries had a nasty habit of exploding, which eventually led to a huge recall that bankrupted the firm.

Thirty years have passed, but today’s lithium-ion batteries are still wont to blow up. One culprit is the liquid electrolyte, a usually flammable organic solvent that facilitates the flow of ions between a battery’s electrodes. Replacing this combustible material with a solid, some argue, could produce safer batteries.

The reality, however, is never as simple. Solid-state electrolytes, while certainly less flammable than their liquid counterparts, aren’t entirely immune to fires either. But that could now change, thanks to new technology developed by a team led by Yi Cui, a materials scientist at Stanford University.

In a paper published last month in Nano Letters, the team describe how they’ve created a novel “fireproof” solid-state electrolyte (SSE) for use in lithium-ion batteries. “We address the problem of flammability in SSEs by adding a fire retardant,” says Jiayu Wan, a postdoctoral researcher in Cui’s lab and co-author of the paper.

They used a flame-retardant material called decabromodiphenyl ethane, or DBDPE for short. To make their new solid-state electrolyte, the team first created a thin film by combining DBDPE with polyimide, a mechanical enforcer.