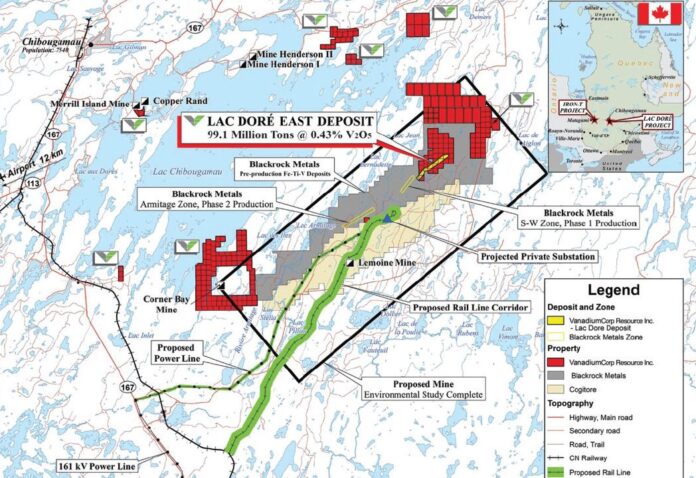 The Lac Doré Vanadium property is located 27 km east-southeast from the city of Chibougamau, in Eeyou Istchee James Bay Territory, Northern Québec. The Chibougamau area is host to several vanadiferous titanomagnetite (VTM) deposits, including the Southwest and Armitage deposits on the adjacent Blackrock property (BlackRock Metals Inc.) and the South and North Zone deposits on the Mont Sorcier property to the North (Vanadium One Iron Corp).

The 2019 drill program targeted the Company’s Lac Doré Vanadium Main prospect where historical drilling and surface channel sampling conducted between 1958 and 2013 have revealed the presence within property limits of massive, semi-massive and disseminated bands of VTM mineralization along a 2-km long by 200-m wide and minimum 200 m deep corridor.

Bacanora Lithium to reopen plant at Sonora project in Mexico

BatteryIndustry.tech is the news channel dedicated to the global cell and battery manufacturing industry.