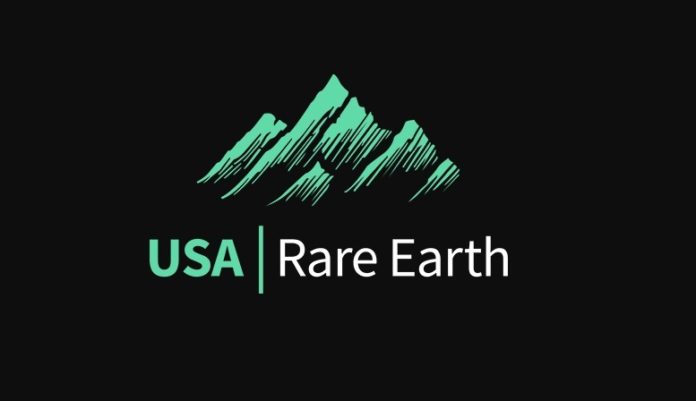 The equipment purchased by USA Rare Earth should provide most of what is needed to re-establish rare earth magnet production in the U.S. and, with the addition of some readily-available components, can produce at least 2,000 tonnes annually of rare earth magnets.

At 2,000 tonnes per year, the USA Rare Earth Magnet Plant would produce approximately 17% of the current U.S. market, and would generate more than $140 million in annual sales (at 2019 prices). At present, no other NdFeB permanent magnet manufacturing plant is operational in the Americas.

USA Rare Earth will warehouse the equipment pending a decision about where to locate the new magnet operation, with the priority being good access to the Round Top Project, located in Texas. At the same time, USA Rare Earth plans to work with manufacturers of rare earth metals and alloys in order to convert the highly purified rare earth oxides from Round Top into magnets.

“Acquiring this capability is consistent with our mine-to-magnet strategy,” said Pini Althaus, CEO of USA Rare Earth.  “We did not want the United States to lose this key equipment, so when it became clear that was an imminent possibility, we moved quickly to ensure that this essential part of the critical minerals supply chain remains in the U.S. We have commenced discussions with the domestic U.S. electric vehicle and defense sectors to determine their needs and to work together to establish a domestic source of not only the raw materials from Round Top, but also the finished magnet product. We expect to partner with one or more groups that have expertise in rare earth magnet manufacturing.”

“Together with the critical materials contained in our Round Top project, coupled with our new processing plant and now the acquisition of the rare earth magnet manufacturing equipment, we have put into place the key building blocks for re-establishing a domestic critical minerals supply chain independent of China,” added Mr. Althaus.

This acquisition is complementary to the Company’s Round Top Project in West Texas, which it is developing with Texas Mineral Resources Corp. (OTCQB: TMRC), and its pilot processing facility located in Wheat Ridge, Colorado.  Round Top is rich in heavy rare earths, including dysprosium and terbium, which are required for NdFeB magnets. USA Rare Earth plans to produce high-purity separated rare earth powders at Round Top that could support this newly-acquired magnet manufacturing capacity and create a secure, reliable domestic supply chain. Round Top is also projected to produce 10,000 tonnes of lithium a year directed at the electric vehicle battery market.

“Developing a full rare earth supply chain independent of China is essential for both the national economy and national security,” said General Paul Kern, US Army (ret.), Board member of USA Rare Earth. “This plant provides the relevant industries in the U.S. the possibility of purchasing U.S. manufactured permanent magnets, without the reliance on China for this key component. The importance of this acquisition should not be underestimated.”

In December, 2019 Reuters reported that, according to a government document seen by Reuters detailing the latest attempt to weaken China’s control over the rare earths sector, the U.S. military plans to stockpile rare earth magnets used in Javelin missiles and F-35 fighter jets. Reuters further reported that the Pentagon is seeking proposals to cache a six-month supply of neodymium iron boron magnets, which the document describes as being “a type of rare earth magnet essential to weapons manufacturing.”

According to industry estimates, permanent magnets are a $21 billion-a-year global market split between high-performance magnets (70%) and lower performance ferrite magnets (30%) used in applications such as chargers for electrical devices and other applications where weight and performance are less important and operating conditions are less extreme.

In 2019, the U.S. purchased approximately 12,000 metric tonnes of rare earth magnets at an average price of approximately $71,000 per tonne, according to industry estimates, representing 6% of the global rare earth magnet market.  Note that this does not include magnets in finished and semi-finished products that are imported – since the U.S. was approximately 23.6% of global GDP in 2019, total imports of magnets could be at least four times the magnet-only numbers.

If the U.S. merely maintains its current 6% share of the global market, annual purchases of rare earth magnets will increase by more than 7,000 tonnes by 2027, or an annual increase of more than 900 tonnes per year.

In late 2011, Hitachi announced the phased construction of a state-of-the-art sintered rare earth magnet manufacturing facility, planning to spend up to $60 million over four years. However, following settlement of the rare earth trade dispute between China and Japan, Hitachi closed the plant in 2015 after less than two years of operation. The equipment purchased by USA Rare Earth provides most of what is needed to re-establish rare earth magnet production in the U.S. and, with the addition of some readily-available components, can produce at least 2,000 tonnes annually of rare earth magnets. The Company and its potential partners will develop a detailed business plan and budget.

At 2,000 tonnes per year, the USA Rare Earth Magnet Plant would produce approximately 17% of the current U.S. market, and would generate more than $140 million in annual sales at 2019 prices.  USA Rare Earth anticipates that the rare earth magnet plant will be constructed near to the Round Top Project which is serviced by existing roads, rail and power infrastructure and is near centers of technology and research universities, including El Paso, Austin, and San Antonio.

USA Rare Earth, LLC has an option to earn up to an 80% interest in the Round Top Heavy Rare Earth and Critical Minerals Project located in Hudspeth County, West Texas from Texas Mineral Resources Corp. (TMRC: OTCQB).  Round Top hosts a wide range of critical heavy rare earth elements, high-tech metals, including lithium, uranium and beryllium, and, based on the Preliminary Economic Assessment (effective date July 1, 2019) is projected to be among the lowest-cost rare earth projects in the world.  The Round Top Deposit hosts 16 of the 17 rare earth elements, plus other high-value tech minerals (including lithium) and is well located to serve the US internal demand. In excess of 60% of materials at Round Top will be used directly in green or renewable energy technologies. Round Top contains 13 of the 35 minerals deemed “critical” by the Department of the Interior and contains critical elements required by the United States, both for national defense and industry.