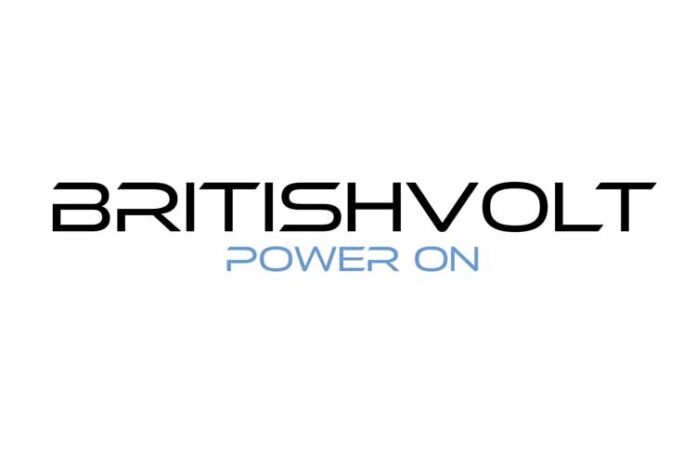 Manufacturer Britishvolt is pleased to announce that it has signed an MOU with the Welsh Government as both parties work together on plans to develop a commercially viable 30 GWh battery manufacturing plant, and supplementary 200MW solar plant, at the former RAF base at Bro Tathan, Vale of Glamorgan, South Wales.

After six months of careful analysis, the site was narrowed down from over 40 locations, due to a number of factors including: import/export accessibility, availability of labour and skilled staff, and convenient geographical proximity to customers and local industrial companies. Both parties have now signed a memorandum of understanding (MOU), to collaborate on the potential of building the UK’s first full cycle battery cell gigaplant subject to UK government funding through the Automotive Transformation Fund, to produce lithium ion cylindrical and pouch cells primarily servicing the automotive market.

A successful outcome of the partnership could enable the scalable production of a world-class portfolio of lithium ion batteries, creating and expanding an onshore manufacturing ecosystem and supply chain to support the country’s “Road to Zero” emissions targets, and unprecedented transition to electrification. It is anticipated that the initial £1.2 billion of investment from the company could eventually lead towards up to 3,500 jobs. Construction is scheduled to begin in early 2021.

Orral Nadjari, CEO and Founder at Britishvolt comments: “We are immensely proud to announce plans to work exclusively with the Welsh Government to develop the UK’s landmark battery gigaplant. Wales has welcomed us with open arms and exceptional due diligence and we believe the country has a vast untapped potential. Hiring local people, including those currently out of work, and developing strong relationships with nearby educational facilities will be a priority for us to ensure a stream of skilled staff. Britishvolt will also encourage other businesses to invest in the region with the aim of creating a ‘hub’ of battery electrification – building out our very own infrastructure and supply chain ecosystem, which will create thousands more jobs.

Orral Nadjari continues: The construction of the solar farm will not only ensure our gigaplant has a near carbon neutral electricity input – complementing our goal of becoming one of the greenest battery producers worldwide – but also provide cleaner energy to the local area. The pandemic is acting as a catalyst, creating new markets for greener technologies, and highlighting the importance of localised supply chains – which Britishvolt has the backing and resources to drive forward.

Orral Nadjari concludes: As the birthplace of lithium ion, the UK remains globally renowned for its academic excellence in research and development – with an abundance of home grown talent for Britishvolt to take advantage of. We believe this will not only be vital for the manufacturing and automotive industries, but for the future growth of the UK economy, as the demand for battery production escalates in years to come. In the absence of any onshore battery production, 114,000 direct British automotive jobs are predicted to be lost by 2040, and we want to ensure that this doesn’t happen.”

Britishvolt has identified the United Kingdom as the potential location for its first GigaPlant. The United Kingdom is the most vibrant and progressive country for industry investments. It is where both history and the future combine to create a new era. Britishvolt is dedicated to supporting sustainable energy storage by producing high performance lithium ion batteries.  Our aim is to establish the United Kingdom as the leading force in battery technology with a target product launch date of 2023. The Britishvolt GigaPlant will be situated in 80+ hectares of green industrial park, with a production capacity of up to 35 GWH.  Britishvolt will be a global leader in producing high performance green lithium Ion batteries. It will become one of the largest industrial investments in British history.