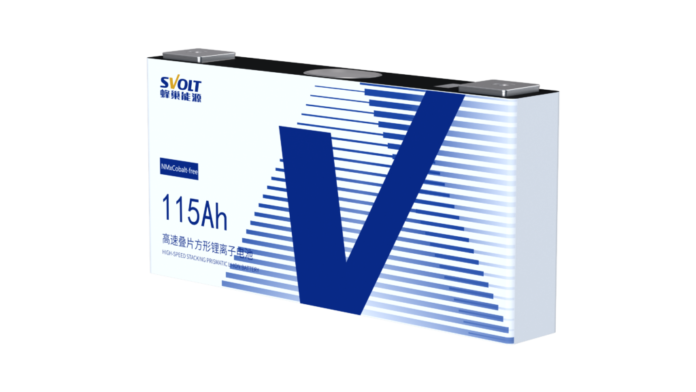 SVOLT Energy Technology Co., Ltd., Baoding, Hebei, China, announces the expansion of its production capacities in China with two new battery cell factories. One of the new plants will be located in Suining, in the Sichuan province in western China; the other one will be located in Huzhou in the Zhejiang province, about two hours west of Shanghai. Each battery factory will have annual production capacities of 20 GWh.

The Huzhou plant will be wholly owned by SVOLT. Plant construction is scheduled to begin in October 2021 and will take place in two phases. While construction of Phase 1 will begin in October of this year, Phase 2 will start in March 2022. Both industrialization phases will include six production lines. The start of production for the first phase is scheduled for October 2022.

In total, SVOLT increased their targeted global production capacity from the original 100 GWh to 200 GWh installed capacity by 2025. For the Chinese industrial footprint, 20 GWh are planned in Suining, 18 GWh in Jintan, 40 GWh in Hunan and Hubei province, 20 GWh in Huzhou, and 90 GWh are currently still in evaluation.

Financing round of 450 million Euros

On February 25, 2021, the signing ceremony of SVOLT’s A round financing of 3.5 billion yuan (around 450 million Euros) was successfully completed in Changzhou, China.

Hongxin Yang, SVOLT President & General Manager: “SVOLT has been vigorously pushing ahead with the investment in product R&D and construction of new production lines. The signing of the agreement with the South Taihu New Area is an important step for SVOLT’s capacity expansion and realization of its strategic goal.”

Kai-Uwe Wollenhaupt, President of SVOLT Europe & Vice President of SVOLT Energy Technology: “SVOLT opened its first cell factory in Jintan, Changzhou, three hours from Shanghai, in November 2019. Today, the plant in Jintan is already at a production capacity of 12 GWh. I am glad to see how successfully SVOLT is in developing from a thriving high-tech company to becoming one of the important global players in the industry.”