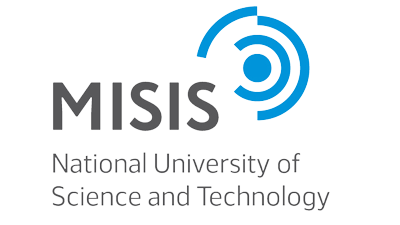 An international team of scientists from NUST MISIS, Russian Academy of Science, Moscow, and the Helmholtz-Zentrum Dresden-Rossendorf, Dresden, Germany, found that instead of lithium (Li), sodium (Na) “stacked” in a special way can be used for batteries production. Sodium batteries will be significantly cheaper and equivalently or even more capacious. An article about the study is published in the journal Nano Energy.

It is hard to overestimate the role of lithium, or rather, Li-ion batteries in our lives. These batteries are used everywhere: in mobile phones, laptops, cameras, as well as in various types of vehicles and spaceships. Li-ion batteries entered the market in 1991, and in 2019 their inventors were awarded the Nobel Prize in chemistry – for their revolutionary contribution to the development of technology. At the same time, lithium is an expensive alkaline metal, and its reserves are pretty limited. Currently, there is no close-to-effective alternative to lithium-ion batteries. Due to the fact that lithium is one of the lightest chemical elements, it is very difficult to find a replacement for it to create capacious batteries.

An alternative was suggested by a team of scientists from NUST MISIS, Russian Academy of Science and the Helmholtz-Zentrum Dresden-Rossendorf, led by Professor Arkadiy Krashennikov. It was found that if the atoms inside the sample are “stacked” in a certain way, then other alkali metals (not only lithium) will also show high energy intensity. The most promising replacement for lithium is sodium (Na), since even with a two-layer arrangement of sodium atoms in bigraphen sandwich, the capacity of such an anode becomes comparable to the capacity of a conventional graphite anode in Li-ion batteries: about 335 mA*h/g against 372 mA*h/g for lithium. However, sodium is much more commonly found in nature than lithium. For example, table salt is half-sodium.

A special way of stacking atoms is actually placing them one above the other. This structure is created by transferring atoms from a piece of metal to the space between two sheets of graphene under high voltage, which simulates the process of charging a battery. In the end, it looks like a sandwich: a layer of carbon, two layers of alkali metal, and again a layer of carbon.

“For a long time, it was believed that lithium atoms in batteries can only be located in one layer, otherwise the system will be unstable. Despite this, recent experiments by our German colleagues have shown that with careful selection of methods, it is possible to create multilayer stable lithium structures between graphene layers. This opens up broad prospects for increasing the capacity of such structures. Therefore, we were interested in studying the possibility of forming multilayer structures with other alkali metals, including sodium, using computer simulation,” commented Ilya Chepkasov, researcher at NUST MISIS Laboratory of Inorganic Nanomaterials.

“Our simulation shows that lithium atoms bind much more strongly to graphene, but increasing the number of layers of lithium leads to less stability. The opposite trend is observed in the case of sodium – as the number of layers of sodium increases, the stability of such structures increases, so we hope that such materials will be obtained in the experiment,” adds Zakhar Popov, senior researcher at NUST MISIS Laboratory of Inorganic Nanomaterials and RAS.

The next step of the research team is to create an experimental sample and study it in the laboratory. This will be handled in Max Planck Institute for Solid State Research, Stuttgart, Germany. If successful, one can talk about creating a new generation of Na batteries that will be significantly cheaper and equivalently or even more capacious than Li-ion ones.