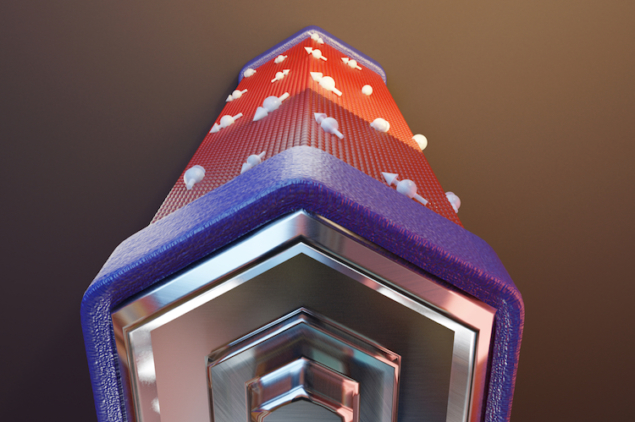 Researchers in Spain and Italy have constructed the first-ever quantum phase battery – a device that maintains a phase difference between two points in a superconducting circuit, Physicsworld.org reports. The battery, which consists of an indium arsenide (InAs) nanowire in contact with aluminium (Al) superconducting leads, could be used in quantum computing circuits. It might also find applications in magnetometry and highly sensitive detectors based on superconductors.

In a classical battery, chemical energy is converted into a voltage difference. The resulting current flow can then be used to power electronic circuits. In quantum circuits and devices based on superconducting materials, however, current may flow without an applied external voltage, thus dispensing with the need for a classical battery.

The concept of a quantum phase battery was studied theoretically in 2015 by Sebastián Bergeret of the Material Physics Center (CFM-CSIC) and Ilya Tokatly at the University of the Basque Country in Donostia-San Sebastián, Spain. Their battery design comprised a combination of superconducting and magnetic materials and was based on a Josephson junction – a non-superconducting region through which the Cooper pairs responsible for superconductivity can tunnel. This semiconducting “weak link” provides a persistent phase difference between the superconductors in the circuit, similar to the way that a classical battery provides a persistent voltage drop in an electronic circuit. Thanks to this phase difference, a superconducting current (that is, a current with zero dissipation) flows when the junction is embedded in the superconducting circuit.

In a follow-up to this work, researchers led by Francesco Giazotto and Elia Strambini at the NEST-CNR Nanoscience Institute in Pisa and the University of Salerno have now identified a suitable material combination for making such a battery. Their new device is made of n-doped InAs nanowires, which form its core (or pile), and Al superconducting leads acting as poles. The surface of the nanowires is “decorated” with magnetic moments originating from surface oxide states of the material.

In contrast, a phase battery provides such a phase difference without the need for this external magnetic field. Instead, the difference is induced by a geometrical effect that involves the interplay between three phenomena: superconductivity; spin-orbit coupling (which describes the interaction between the intrinsic spin of an electron in a solid and the magnetic field induced by the motion of electron); and a magnetic exchange field (which acts on magnetic spins just like an ordinary magnetic field).

“The choice of material for making such a battery was not a simple matter,” explains team member Andrea Iorio. “In our device, the Al superconducting leads provide the superconductivity, the spin-orbit coupling is an intrinsic property of the InAs nanowire and the magnetic impurities provide the local exchange field.”

While the battery needs to be charged by polarizing the magnetic impurities with an external magnetic field, the researchers say the phase bias between the poles persists even when they later switch the field off. They can control the value of the phase difference either by changing the direction of the polarization of the magnetic impurities or by modifying the length of the semiconducting wires.

Trying out other material combinations

The researchers, who report their work in Nature Nanotechnology, say they are now exploring other material combinations to improve the device’s performance and their ability to control it, as well as making it easier to integrate into quantum circuits.

“One idea we are pushing forward is to use a superconducting wire in contact with a ferromagnetic insulator as a battery,” Iorio explains. “The latter will provide a sizeable exchange field that we can accurately control and we are fabricating and characterizing such a system at the moment.”

The Pisa/San Sebastián research teams are also involved in a European project called SUPERTED that aims to engineer ultrasensitive radiation detectors based on superconductor-ferromagnetic insulator structures, and in particular EuS/Al junctions. “Such systems could be adapted to construct phase batteries with better performance,” Iorio tells Physics World.