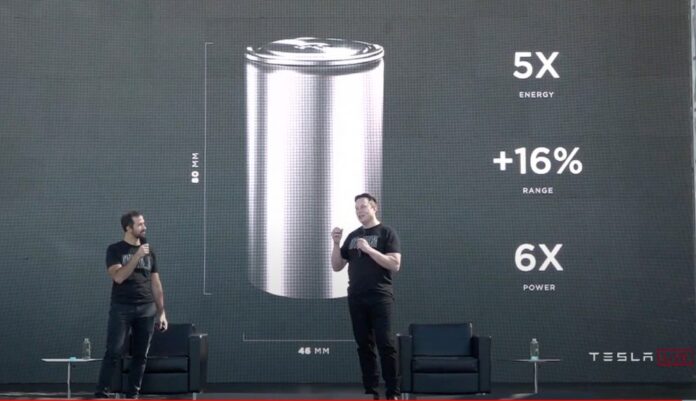 Panasonic has been Tesla’s main partner when it comes to battery cell supply, but the company has also been using LG Chem and CATL more recently.

At its ‘Battery Day’ event in September, the automaker announced a long-anticipated change in its strategy.

It unveiled a new tabless battery cell in a bigger format with a new chemistry and plans to produce it itself with production machinery designed in-house.

However, CEO Elon Musk also made clear at the event that Tesla would still continue to use battery manufacturers and buy all the battery cell supply they can get to support to ambitious growth plan.

But the CEO didn’t say if the battery manufacturers would produce Tesla’s new battery cell or they will keep buying cells from the current 2170 and 18650 formats, which all their electric vehicles still use.

The publication reports that production of the prototype cells would start next year and it could lead to a new supply agreement with Tesla.

Currently, the new cells are only being produced at a pilot plant in Fremont, but Tesla is already working on large scale factories to produce the batteries at Gigafactory Berlin and other locations (Source: electrek.co).