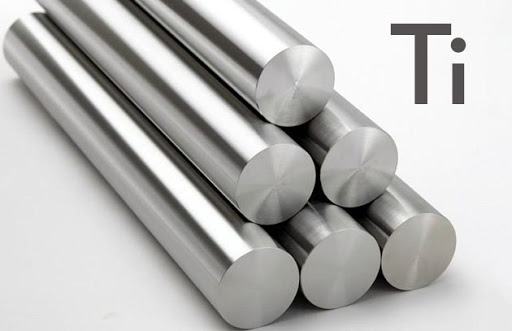 The regions of the North-West can become the basis for the Russian production of titanium dioxide: there are enough raw materials for its production and many other products demanded by industry.

This is the results of a study by specialists of the Institute of Economic Problems (IEP) of the Kola Science Center of the Russian Academy of Sciences and the St. Petersburg Mining Institute. According to scientists, significant industrial reserves and resources of diverse – including unconventional – titanium-containing raw materials in the Murmansk and Tambov regions, as well as Karelia, have been identified.

Today, the consumption of titanium products in Russia has decreased significantly compared to the Soviet period. But even now, industries are provided with titanium dioxide only to a small extent.

“The economic development of the chemical, paint and varnish, pharmaceutical and other basic industries is being seriously restrained today,” said Fedor Losevich, Director of the Institute of Economics, and Fedor Larichkin, Chief Scientific Officer of the Institute. – The reason for this is a reduction in titanium dioxide imports.

On the part of Russian enterprises, the annual growth in demand for titanium dioxide is approximately 1-1.5 percent. World reserves of titanium raw materials for 2018 amounted to 872 million tons. In terms of the active part of reserves, Russia ranks third in the world after China and Ukraine. But the Russian share in the global production of titanium dioxide concentrate is only 0.4 percent. However, only in the Murmansk region are three deposits of titanomagnetite ores – Kolvitskoe, Pudozhgorskoe and Afrikinda. Other deposits are also located in the Northwest region, the reserves of which have not been explored and studied so far. These are Koykarskoye, Yeletozerskoye, Vuoriyarvinskoye (Karelia), Gremyakha-Vyrmesskoye, Lesnaya Varaka, Tsaginskoye (Murmansk region). There are deposits in Komi, the largest in the country.

Scientists have calculated the preliminary payback opportunities for an investment project for the development of the Kolvitsky, Afrikand and Pudozhgorsk deposits of the Kola Peninsula based on the production of 80 thousand tons per year, which would cover Russian needs. At the same time, the alleged preferences for developers of onshore deposits in the Arctic were taken into account. The data obtained showed that the project will pay for itself with a probability of 47.87 percent.

Another chance to create a “titanium” industry on the Kola Peninsula is the development of perovskite-titanomagnetite deposit. It is explored only 420 m in depth, and at the same time its lower boundary has not been reached. One kilometer from the field is located the working village of Afrikanda. Ore reserves in the deposit amount to 626.2 million tons for complex ore, 52.2 thousand tons for titanium dioxide and 863 thousand for rare-earth metals.

“The perovskite-titanomagnetite project can serve as the core of the Kola chemical and technological cluster, the idea of ​​which has been hatched since 2011,” said Vladimir Masloboev, Deputy Chairman of the Russian Academy of Sciences. – Then it was planned that the cluster would include all the major mining companies of the Arctic, but the project was not supported by the federal authorities. Now this task is again relevant: the Russian government has begun developing a strategy to create a domestic rare-metal and rare-earth industry, which includes the production of titanium dioxide.

This industry is supposed to be developed in the Komi Republic. An agreement has already been concluded with the regional government on the creation of the National Mining Cluster (NGPK) with the aim of comprehensive development of deposits of titanium, quartz and other types of mineral raw materials located in the republic. The main types of products that NGPK plans to produce are highly porous rutile concentrates, pigment titanium dioxide, titanium powders for additive technologies for 3D printing, synthetic needle wollastonite, special ceramics and polymers, building materials, as well as basalts, gravel and sand and gravel mixtures .