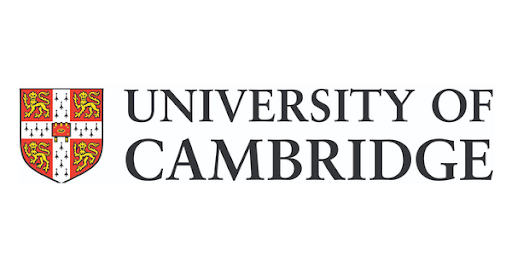 A technique based on the principles of Magnetic resonance imaging (MRI) and nuclear magnetic resonance (NMR) has allowed researchers to observe not only how next-generation batteries for large-scale energy storage work, but also how they fail, which will assist in the development of strategies to extend battery lifetimes in support of the transition to a zero-carbon future.

The new tools, developed by researchers at the University of Cambridge, will help scientists design more efficient and safer battery systems for grid-scale energy storage. In addition, the technique may be applied to other types of batteries and electrochemical cells to untangle the complex reaction mechanisms that occur in these systems, and to detect and diagnose faults.

The researchers tested their techniques on organic redox flow batteries, promising candidates to store enough renewable energy to power towns and cities, but which degrade too quickly for commercial applications. The researchers found that by charging the batteries at a lower voltage, they were able to significantly slow the rate of degradation, extending the batteries’ lifespan. The results are reported in the journal Nature.

Batteries are a vital piece of the transition away from fossil fuel-based sources of energy. Without batteries capable of grid-scale storage, it will be impossible to power the economy using solely renewable energy. Redox flow batteries are one possible solution to this technological puzzle.

Several companies are currently developing redox flow batteries for commercial applications, most of which use vanadium as the electrolyte. However, vanadium is expensive and toxic, so battery researchers are working to develop a redox flow battery based on organic materials which are cheaper and more sustainable. However, these molecules tend to degrade quickly.

“Since the organic molecules tend to break down quickly, it means that most batteries using them as electrolytes won’t last very long, making them unsuitable for commercial applications,” said Dr Evan Wenbo Zhao from Cambridge’s Department of Chemistry, and the paper’s first author. “While we’ve known this for a while, what we haven’t always understood is why this is happening.”

Now, Zhao and his colleagues in Professor Clare Grey’s research group in Cambridge, along with collaborators from the UK, Sweden and Spain, have developed two new techniques to peer inside organic redox flow batteries in order to understand why the electrolyte breaks down and improve their performance.

Using ‘real time’ nuclear magnetic resonance (NMR) studies, a sort of functional ‘MRI for batteries’, and methods developed by Professor Grey’s group, the researchers were able to read resonance signals from the organic molecules, both in their original states and as they degraded into other molecules. These ‘operando’ NMR studies of the degradation and self-discharge in redox flow batteries provide insights into the internal underlying mechanisms of the reactions, such as radical formation and electron transfers between the different redox-active species in the solutions.

“There are few in situ mechanistic studies of organic redox flow batteries, systems that are currently limited by degradation issues,” said Grey. “We need to understand both how these systems function and also how they fail if we are going to make progress in this field.”

The researchers found that under certain conditions, the organic molecules tended to degrade more quickly. “If we change the charge conditions by charging at a lower voltage, the electrolyte lasts longer,” said Zhao. “We can also change the structure of the organic molecules so that they degrade more slowly. We now understand better why the charge conditions and molecular structures matter.”

“We are excited by the wide range of potential applications of this method to monitor a variety of electrochemical systems while they are being operated,” said Grey.

For example, the NMR technique will be used to develop a portable battery ‘health check’ device to diagnose its condition.

“Using such a device, it could be possible to check the condition of the electrolyte in a functioning organic redox flow battery and replace it if necessary,” said Zhao. “Since the electrolyte for these batteries is inexpensive and non-toxic, this would be a relatively straightforward process, prolonging the life of these batteries.”

The research was funded in part by the Engineering and Physical Sciences Research Council (EPSRC) and Shell.