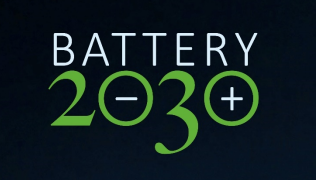 Karlsruhe Institute of Technology (KIT) – A novel battery development strategy has been launched in the European BATTERY 2030+ initiative – the CELEST research platform with KIT and Ulm University participate.

The BIG-MAP project, which is funded by the European Union (EU), aims to significantly shorten the time it takes to develop new types of batteries – with a special focus on sustainability. Karlsruhe Institute of Technology (KIT) and the Ulm University are participating in the project via the CELEST research platform. At the same time, the project boosts the research activities in the joint POLiS cluster of excellence.

In order to achieve the climate neutrality targeted by the EU and Germany by 2050, greenhouse gas emissions from road traffic, among other things, must be reduced significantly. The systematic expansion of electromobility is expected to make a major contribution to this objective. However, this will require more cost-effective and sustainable alternatives to the existing batteries. “This is a huge challenge because the development of new batteries takes quite a long time using the current methods. In the BIG-MAP project, we want to accelerate this process significantly,” says Professor Maximilian Fichtner, scientific spokesman of CELEST and POLiS and Vice Executive Director at Helmholtz Institute Ulm (HIU), which KIT founded together with the Ulm University. The purpose of the BIG-MAP (BIG stands for Battery Interface Genome; MAP for Materials Acceleration Platform) EU project is to establish completely new methods and thus significantly boost battery development – among other things through systematic automation and the use of artificial intelligence (AI). In future, the methods established in BIG-MAP will speed up the development of sustainable and ultra-high performance batteries by a factor of ten. “However, our vision is not only to be able to develop new batteries much faster, but also to ensure that they can store energy efficiently and that they can be produced in a sustainable manner and at such a low cost that, in future, it will be even more attractive to store electricity, for example from the sun and wind, in batteries,” Fichtner explains. “A realignment of the existing discovery, development, and manufacturing processes for battery materials and technologies is necessary to enable Europe to rival its main competitors in the US and Asia.”

The BIG-MAP budget amounts to 16 million euros, 34 institutions from 15 countries are involved. KIT, with its three professors Maximilian Fichtner, Wolfgang Wenzel, and Helge Stein, is the second largest recipient of funds, following the coordinating Technical University of Denmark (DTU). Accordingly, the Post-Lithium Storage excellence cluster (POLiS), which is operated by KIT in cooperation with the Ulm University, the ZSW (Center for Solar Energy and Hydrogen Research Baden-Wuerttemberg), and the University of Gießen, will also play an important role in the development of the new methods. BIG-MAP will initially run for three years, with the option of an extension for a further seven years. It is the largest single research project of the European research initiative for batteries, BATTERY 2030+.

“With BATTERY 2030+ and BIG-MAP, we will have to reinvent the way we develop batteries. Last year, the Nobel Prize for Chemistry was awarded to the inventors of the lithium-ion battery. It was a fantastic invention, but it took 20 years from idea to product – we need to be able to do it in a tenth of that time if we want to provide sustainable batteries for the energy turnaround,” says Tejs Vegge, professor at DTU and head of BIG-MAP.

AI and robots to speed up battery development
The BIG-MAP project aims to create a common European data infrastructure that will enable us to autonomously collect and process data from all stages of the battery development cycle and then use them in cooperative workflows. Physical access to the differently equipped test facilities will then hardly be necessary for BIG-MAP researchers any longer, and they will be able to collaborate across national borders and time zones. AI-orchestrated experiments and synthesis will be based on huge amounts of collected data, with a focus on battery materials, interfaces, and intermediate phases. The data will be generated by computer simulations, autonomous high-throughput material synthesis and characterization, in operando experiments, and device-level tests. Novel AI-based tools and models will use the data to “learn” how battery materials and interfaces interact, thus laying the foundation for the improvement of future battery materials, interfaces, and cells.

“We will be able to explore the complex chemical space with the help of autonomously acting robots at an unprecedented speed and quality. Our understanding is supported by a central artificial intelligence feature,” explains Professor Helge Stein (HIU and POLiS), whose research group is responsible for the development of the AI required for faster material discovery and its distribution across the European continent.

About the BATTERY 2030+ consortium
Apart from Karlsruhe Institute of Technology (KIT) and the University of Ulm, five universities are consortium members of BATTERY 2030+ consortium: The University of Uppsala (coordinator), the Polytechnic Institute of Turino, the Technical University of Denmark, the Free University of Amsterdam, and the University of Muenster. In addition, several research centers have joined the consortium: the French Research Center for Alternative Energies and Nuclear Energy CEA, the French National Center for Scientific Research CNRS, Forschungszentrum Jülich, Fraunhofer Society, Fundacion Cidetec, the National Institute for Chemistry of Slovenia, the Organization for Applied and Technical Research of Norway. Other members of the consortium are the industry associations EMIRI, EASE, RECHARGE, and the Absiskey company. The consortium is supported by official European and national bodies such as ALISTORE ERI, EERA, EIT InnoEnergy, EIT RawMaterials, EARPA, EUROBAT, EGVI, CLEPA, EUCAR, KLIB, RS2E, by the Swedish Center for Electromobility, PolStorEn, ENEA, CIC energigune, IMEC, and the Tyndall National Institute.

About the CELEST Research Platform
The CELEST (Center for Electrochemical Energy Storage Ulm & Karlsruhe) research platform for strategic collaboration was established in 2018 by KIT, Ulm University, and the Center for Solar Energy and Hydrogen Research Baden-Wuerttemberg (ZSW). It is one of the biggest battery research activities in international comparison. 46 working groups from 31 institutes of KIT, Ulm University, and ZSW contribute their complementary expertise to CELEST – from fundamental research to close-to-practice development to technology transfer. CELEST focuses on three research fields: Lithium-ion technology, energy storage beyond lithium, and alternative technologies for electrochemical energy storage and conversion.