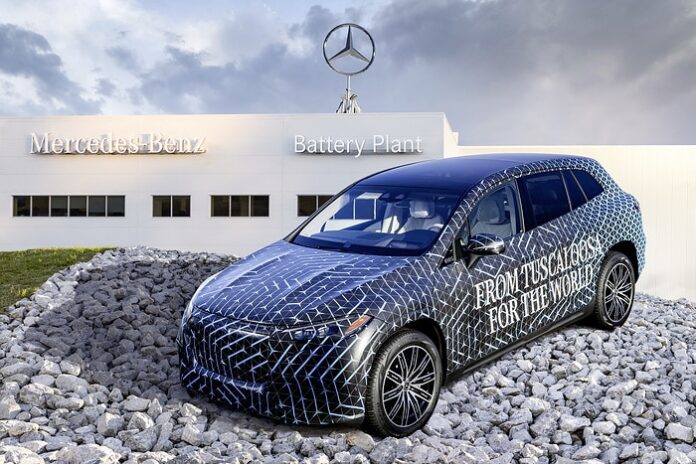 Mercedes-Benz opens a new battery plant in Bibb County, Alabama, a few months ahead of the start of production of all-electric Mercedes-EQ vehicles in the United States (U.S.). The world’s most valuable luxury automotive brand is getting ready to go all electric by ramping up production of electric cars on three continents. The new U.S. battery factory underscores the importance of the United States within the Mercedes-Benz global production network and the status of Alabama as an export hub for luxury SUVs also in the electric era.

Mercedes-Benz will produce the EQS SUV and EQE SUV in its plant in Alabama, as part of a global push to produce all-electric vehicles at seven locations on three continents. The state-of-the-art battery factory in Bibb County will provide batteries for the new EQS SUV and the EQE SUV.

Ola Källenius, Chairman of the Board of Management of Mercedes-Benz Group AG: “The opening of our new battery plant in Alabama is a major milestone on our way to going all-electric. With our comprehensive approach including a local cell sourcing and recycling strategy, we underline the importance of the U.S., where Mercedes-Benz has been successful for decades. We’re proud to create new, future-proof jobs to build all-electric SUVs ‘Made in the USA’ at a plant that is such an established part of our production family since 25 years.”

The Mercedes-Benz plant in Tuscaloosa, Alabama, has been the production plant for large SUVs bearing the three-pointed star since 1997. Now the plant goes electric with the EQS SUV.Mercedes-Benz is providing a first glimpse of the spacious, progressive and highly digitalized interior of the EQS SUV, ahead of the vehicle’s official world premiere on April 19th.