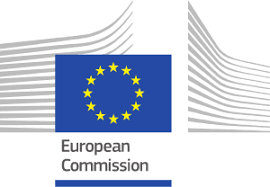 “Europe will require massively higher volumes of lithium for its battery revolution, but is highly dependent on supplies from elsewhere in the world,” says Guy Thiran from Eurometaux, a trade association, reports Euractiv.

Policymakers have stepped up plans to mass-produce batteries in Europe as the car industry rolls out new fully-electric models to comply with stricter CO2 emission standards.

Among the materials used in Lithium-ion battery cells, three are currently listed as critical raw materials by the European Commission: cobalt, graphite and silicon metal.

Although lithium is not in short supply, it has “an increasing relevancy for the Li-ion battery industry,” a EU executive said in a report on raw materials for battery applications, published in 2018.

“Recognising the strategic role of lithium for the future European economy, and zero-emission mobility is important,” said Pia Alina Lange, head of communications at Recharge, a trade association bringing together manufacturers of advanced rechargeable and lithium batteries.

Lithium supply currently not at risk

The EU’s list of critical raw materials was last updated in 2017. Raw materials that make it on the list are either considered highly important to the EU economy or have a high risk of supply shortages.

In the case of lithium, it is the first criteria that prevailed.

“Lithium would not fall under the definition of a classical CRM because it is neither scarce nor is the supply disrupted or at risk,” Lange said.

Indeed, European industries currently make a “relatively low” use of lithium at the moment, she says. What’s more, Europe has its own lithium reserves that are available for industrial-scale extraction, she points out.

“Having said so, lithium does play a significant role in the climate-neutrality and technological leadership objectives of the EU,” Lange said.

“It is an important raw material for the production of (EV) batteries, one of the six strategic value chains for the European economy. And with the European Battery Alliance, the European Union has clearly put a European battery manufacturing industry at the heart of its industrial strategy,” she said.

As the electrification of road transport gained momentum, the Commission decided to launch a European Battery Alliance in 2017, bringing together automakers, chemical and engineering executives in a bid to compete with Asian and American manufacturers.

“We are working a lot on batteries and the discussions there focus on cobalt, lithium, nickel and copper,” said Maroš Šefčovič, the Slovak commissioner who was then leading the Commission’s flagship energy union project.