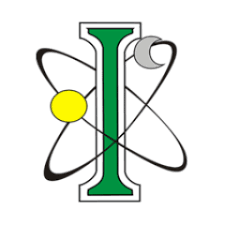 Manganese has been designated by the Federal Government as a “Critical Mineral.” Manganese is one of the four most important industrial metals and is widely used by the steel industry worldwide. It is a major component of non-rechargeable alkaline batteries, one of the largest battery categories sold in the world. The use of manganese in EV batteries is increasing as EV battery technology is shifting to use of more nickel and manganese in battery formulations. According to a recent United Nations report, manganese is one of the four most important battery materials.

According to the U.S. Department of Interior, there is no mine production of manganese in the United States. Itronics is using its revolutionary Rock Kleen Technology to test metal recoverability from mine tailings obtained from a former silver mine in western Nevada that has a high manganese content. The Rock Kleen process is recovering silver, manganese, zinc, copper, lead and nickel. The Company has calculated, based on laboratory test results, that if a Rock Kleen tailings process is put into commercial production, the former mine site would become the only primary manganese producer in the United States.

Itronics has also tested non-rechargeable alkaline battery paste recovered by a large domestic battery recycling company to determine if it could use one of its hydrometallurgical processes to solubilize the manganese, potassium, and zinc contained in the paste. This testing was successful, and Itronics was able to produce material useable in two of its GOLD’n GRO fertilizers.

“Because of the two described proprietary technologies, Itronics is positioned to become a domestic manganese producer on a large scale to satisfy domestic demand. The actual manganese products have not yet been defined, except for use in the Company’s GOLD’n GRO Multi-Nutrient Fertilizers. However, the Company believes that it will be able to produce chemical manganese products as well as electrochemical products,” Dr. Whitney said.

Itronics R & D and manufacturing plant are located in Reno, Nevada about 40 miles west of the Tesla Giga-factory. The planned Itronics Cleantech Materials Campus, which is located about 40 miles south of the Tesla Giga-factory, would be the location were the manganese products would be produced. Panasonic is operating one of the world’s largest EV battery factories at the Tesla location. Tesla and other companies have announced that EV battery technology is shifting to use of nickel-manganese batteries. Itronics is positioned and located to become a Nevada based supplier of manganese products for battery manufacturing as its manganese recovery technologies are advanced.

A long-term objective for Itronics is to become a leading producer of high purity metals, including the U.S. critical metals manganese and tin, using the Company’s breakthrough hydrometallurgy, pyrometallurgy, and electrochemical technologies. Additionally, Itronics is strategically positioned with its portfolio of “Zero Waste Energy Saving Technologies” to help solve the recently declared emergency need for domestic production of Critical Minerals from materials located at mine sites.

Headquartered in Reno, Nevada, Itronics Inc. is a “Creative Clean Technology” Company which produces GOLD’n GRO Multi-Nutrient liquid fertilizers, silver bullion, and silver-bearing glass. The Company is also an emerging “Critical Minerals” producer. The Company’s growth forecast centers upon its 10-year business plan designed to integrate its Zero Waste Energy Saving Technologies and to grow annual sales from $2 million in 2019, to $113 million in 2025.

The Company’s goal is to achieve profitable clean technology driven organic growth in specialty GOLD’n GRO Multi-Nutrient fertilizers, silver, copper, tin, zinc, and minerals. The Company’s technologies maximize the recovery and uses of metals and minerals and by doing this maximize sustainability.

Nevada Energy to buy BC nickel project, stock up