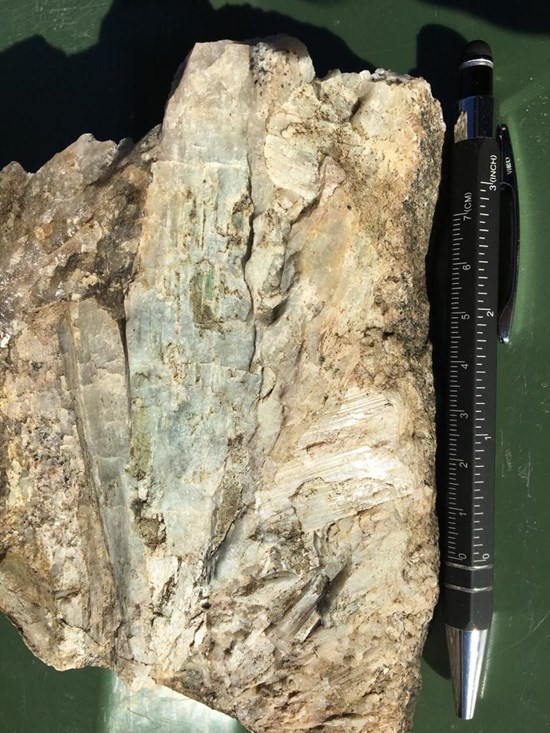 Infinity Stone Ventures Corp. has announced it has entered into a property option agreement with Quartier Minerals Inc. (“Quartier“) to acquire up to a 100% interest in and to the Galaxy Pegmatite Project located near Mont-Laurier, Quebec (the “Project“).

Pursuant to the Option Agreement, the Company will acquire a 100% interest in and to the Project upon:

Upon the Company acquiring the Project, Quartier will retain a 2.5% net smelter returns royalty (the “NSR“) over production from the Project, subject to the Company’s right to repurchase 1% of the NSR for $1,500,000.

A recent field survey of the Project site recovered a sample of lithium bearing Spodumene. The Company intends to conduct further exploration of the Project in the coming weeks.

The Galaxy Pegmatite Project covers 22 mineral claims and 2 pending claim applications covering 1,411 hectares in southern Quebec, approximately 45 kilometres northwest of Mont-Laurier, Quebec and 140 kilometres north of the city of Gatineau, Quebec. There is excellent access to all parts of the Property from road La Vérendrye 13, via the Trans-Canada Highway (Hwy QC-117), which traverses roughly through the middle of the Property.

The Property is underlain by at least 30 pegmatite exposures representing 30 pegmatite dikes of Laurentian or more recent rocks of the Precambrian Grenvillian Series. The general strike of the formation is in a northwesterly direction with a near vertical dip. The five minerals associated with the pegmatites are lepidolite, columbite, samarskite, euxenite, and thorianite. The property is largely covered by quaternary till.