Home Battery cells India, tariffs on imported Li-ion cells for up to a decade and... 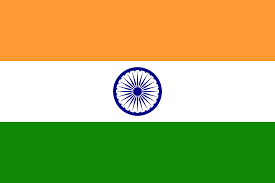 India plans to impose tariffs on imports of lithium-ion cells for as long as a decade and offer incentives to boost local manufacturing as part of a broader effort to scale down trade ties with China, two people aware of the developments said, Livemint.com reports.

Tensions along the India-China border have prompted India to use its fast-growing market as a lever to pressure Beijing to back off. India’s plans involve imposing tariff and non-tariff barriers to check Chinese imports. The idea is to avoid repeating what happened with solar equipment manufacturing, where China leveraged its first-mover advantage to capture the market.

“The Indian government has taken note of China’s dominance in this space and there are geopolitical reasons as well behind devising such an incentive scheme for lithium cells,” said one of the people cited above requesting anonymity.

The government plans to offer incentives such as 100% tax deduction of capital expenditure in the first year of operation under Section 35 AD, concessional financing options by giving companies deemed infrastructure status and waiver of minimum alternative tax.

There may also be an output-linked cash subsidy based on kilowatt hours (KWh) of cells sold. The Ministry of Heavy Industry has been working on this proposal along with federal policy think-tank NITI Aayog.

“Till March, the ministries and NITI Aayog were working on the proposal. The covid-19 pandemic though can delay introduction of the scheme,” said the second person cited above, also seeking anonymity.

According to the contours of the energy security plan, India plans to issue expression of interests to shortlist around five companies for setting up Tesla-style gigafactories for cell and battery manufacturing—each having a 5-to-10 gigawatt hours (GWh) capacity. To put this in perspective, each GWh of battery capacity is sufficient to power a million homes and around 30,000 electric cars.

To be sure, India does not have enough lithium reserves. Chinese state firms have secured lithium mine concessions in countries such as Bolivia, Argentina and Chile, which forms the so-called lithium triangle. India is trying to secure supplies.