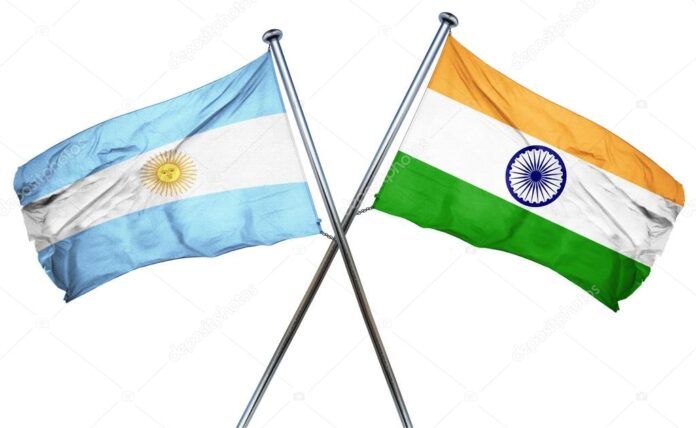 In an effort to secure a key commodity in response to the Chinese geopolitical strategy of capturing key minerals, last week India has inked an MoU with Argentina to establish a commercial link and scientific-technological development in the field of lithium, financialexpress.com reports.

In MoU was signed in the presence of the Governor of the Argentine Province of Jujuy, Gerardo Morales, together with the head of JEMSE, Felipe Albornoz, and the CEO of KABIL India, Ranjit Rath. In the video conference the province’s Secretary of Mining, Miguel Soler, participated in the meeting, together with the Indian Minister of Mines, Sushil Kumar and the ambassadors of both countries, Dinesh Bhatia for India, and Daniel Chuburu for Argentina.

What is the MoU about?
It establishes joint Works for future projects related to the exploration and production of minerals, such as lithium and polymetallic, as well as those projects related to the addition of the value of lithium carbonate, production and transmission of electrical energy, among others. Also, in the development of studies, information and mutual assistance, as a way to cooperate before the possibility of forming a Strategic Alliance for the exploration, exploitation and subsequent commercialization of mineral products. And the intention is to set up a future society to develop, build, market and jointly operate projects with a high technological content in the energy, mining and natural resource exploitation fields in the territory of the Province of Jujuy.

“In order to develop a competitive EV battery industry, India needs not only to acquire a substantial amount of lithium but also needs to access to the best quality raw lithium, which can be found in Argentina,” Daniel Chuburu, ambassador of Argentina in India told Financial Express Online. “Argentina is ranked third of the nine countries that produced the most lithium and was the First world exploration target in 2018. Additionally, during the last year, the country increased its output, achieving production of 37,500 tons.” By 2023, lithium projects in Argentina have the aim to reach its maximum capacity of 290,000 tons.

“Argentina has, in the provinces of Catamarca, Salta and Jujuy, the most valuable quantity and quality of lithium the world can boast today. The country sits on resources that may surpass 128 million tonnes of lithium carbonate, which is a vital component in manufacturing lithium batteries. This means that Argentina has the third-largest lithium reserves in the world,” the envoy added.

Argentina is also part of the Lithium Triangle (together with Bolivia and Chile), a region which lithium brine deposits with concentration levels that make its exploitation extremely profitable in relation to other deposits in the world. About 67% of proven lithium reserves, and about half of the global offer is concentrated in that region.

“But not only natural conditions seem to benefit Argentina but the regulatory framework is particularly favourable for the arrival of investments oriented to the exploitation of the lithium brine deposits. As a consequence, Argentina has the potential to become the world&#39;s leading lithium carbonate producer,” the diplomat quoted above said.

In the case of Jujuy, JEMSE has 38 exclusive areas of special interest for base mining geological research. Salinas Grandes, Laguna de Guayatayoc and Salar de Jama, are the last three areas that are waiting for new investments. They account for a total of 45,300 hectares rich in lithium.