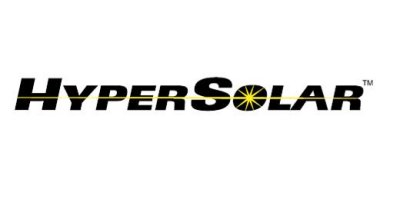 HyperSolar, Inc. (OTC:HYSR), Santa Barbara, CA, USA, the developer of a breakthrough technology to produce renewable hydrogen using sunlight and water, today announced it is prepared to begin manufacturing the first series of its GEN 1 hydrogen panels for demonstration, as the last necessary tests on essential components have been completed.

The Company’s tech team has completed the translation of lab-based design on membrane and catalysts components into manufacturable design and parameters.

“Our biggest challenge for manufacturing was to replicate what we built in the lab in full scale manufacturing,” said Tim Young, CEO of HyperSolar.  “Our device is now fully tested and ready for production. We are working closely with our manufacturers to meet our milestone to produce a 100 demonstration units.”

Chief Technology Officer, Dr. Joun Lee, said, “Our team is very pleased to have reached this crucial crossroad that puts us in a position to do what has not been done before—to venture out from the lab and put the hydrogen production panel into manufacturing.  We are also very much looking forward to increasing our research effort on our Gen 2 panel, which will be three times more efficient.”

As the team approaches manufacturing of Gen 1, it will begin to funnel greater resources to the development of Gen 2, a nanotechnology solution to hydrogen production that management believes can completely change the economics of hydrogen production and thus the global energy playing field.

Mr. Young concluded, “Amid COVID-19 pandemic, we kept pushing to meet our timeline for manufacturing. We are very happy to announce that with the completion of our final tests, we believe our first pilot plants will built in the near future.”

As the demand for hydrogen increases worldwide, renewable hydrogen companies are finally coming into the favor of investors. With a goal of zero emissions in Europe by 2050, the need and demand for clean hydrogen will be greater than ever. As talk and focus about hydrogen have increased, so have the valuations of electrolyzer companies.  HyperSolar’s vision is to be cost competitive with existing electrolyzer technology, without dependence on an outside source of energy, or off-grid electricity for economics.

About HyperSolar, Inc.
HyperSolar is developing a breakthrough, low-cost technology to make renewable hydrogen using sunlight and any source of water, including seawater and wastewater. Unlike hydrocarbon fuels, such as oil, coal and natural gas, where carbon dioxide and other contaminants are released into the atmosphere when used, hydrogen fuel usage produces pure water as the only byproduct. By optimizing the science of water electrolysis at the nano-level, our low-cost nanoparticles mimic photosynthesis to efficiently use sunlight to separate hydrogen from water, to produce environmentally friendly renewable hydrogen. Using our low-cost method to produce renewable hydrogen, we intend to enable a world of distributed hydrogen production for renewable electricity and hydrogen fuel cell vehicles.