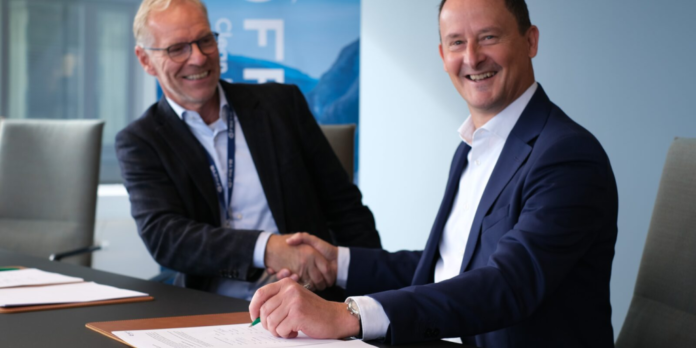 The process of casting and unit assembly is considered the heart of the battery production facility and a vital step in terms of battery cell quality. Mpac has collaborated with FREYR on automated solutions for the company’s Customer Qualification Plant (“CQP”), and together the two companies will now transfer this knowledge to the planned Giga Arctic facility.

Einar Kilde, EVP Project Execution, FREYR, said: “Mpac has a proven track record in delivering complex industrial machinery, and after careful assessment, we believe that they have the best technical solution for our Giga Arctic project. Our collaboration began with our CQP, where we learned that our two companies are well-aligned in our ambitions for speed and scale in producing clean and sustainable battery solutions.”

Mpac is a pre-qualified vendor of 24M Technologies, Inc., the maker of the 24M SemiSolid™ production platform which enables lower-cost and more sustainable lithium-ion battery production.

Tony Steels, CEO, Mpac Group plc., said: “We have developed a close relationship with FREYR through the CQP, and we are eager to continue customizing and co-developing with them, to create the best automated solution and to ensure the superior quality of their battery cells. This frame agreement allows us to work on joint development projects, as well as to use the opportunity to learn from each other as we build and accelerate Giga Arctic.”

FREYR’s strategic frame agreement with Mpac has a three-year duration, with an optional extension. The agreement is expected to ensure the supply of casting and unit cell assembly equipment, allowing FREYR to deliver at speed, scale and sustainability.

“As part of the strategic frame agreement with Mpac, FREYR is well-positioned in terms of capacity for our future Gigafactories, as we have yet another experienced and knowledgeable partner to work with on the technical development. This is a strong sign that we have the right partners by our side as we move fast towards battery cell production,” adds Kilde.

With the agreement with Mpac in place, FREYR has now completed agreements with key equipment suppliers for its CQP and Giga Arctic projects, including previously announced agreements with Hana Technology and NTE process.