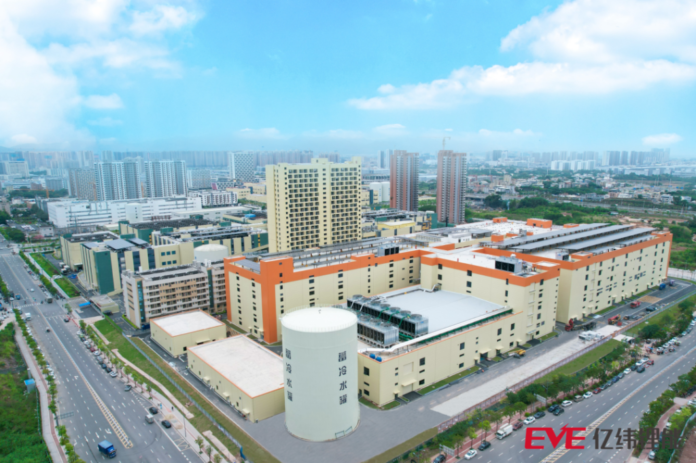 Chinese battery maker EVE Energy Co., Ltd. has announced  that it intended to ink an agreement with the government of Jianyang, a county-level city in China’s Sichuan province, for a power and energy storage battery manufacturing project.

According to the announcement, the project is set up to build a power & energy storage battery base in Jianyang city with a planned annual production capacity of 20GWh. It will involve a total investment of around 10 billion yuan ($1.475 billion), at least 6 billion yuan ($885.021 million) of which are expected to be poured in fixed assets.

With the whole construction set to be completed in one phase, the new manufacturing base will produce a variety of battery products including but not limited to consumer batteries, power batteries, energy storage batteries, battery packs, and have such facilities as office buildings, dormitories, as well as canteens. The construction works are planned to last two years.

EVE Energy also noted it would register a wholly-owned subsidiary (“the project company”) in Jianyang city to take charge of the investment, development, construction, operation, and management of the aforesaid project. Registered capital of the project company should be no less than 100 million yuan ($14.75 million).

EVE Energy said the new cooperation would be conducive to the company’s deployment of power and energy storage battery businesses, so as to help it further boost the overall development regarding production and R&D of lithium ion batteries, and improve its influence and competitiveness in the new energy vehicle industry.