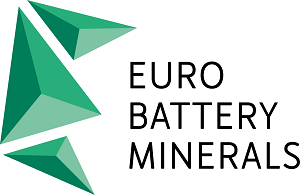 Eurobattery Minerals AB (NGM; “BAT”), Stockholm, Sweden, is a mining and prospecting company focused on battery minerals such as nickel, cobalt, copper and rare earth elements. Business activities and operations are conducted exclusively in Europe with a focus on Spain and northern Sweden. The company has one mining license and eight exploration licenses.

Eurobattery Minerals today publish its annual report for 2019, that is attached to this press release and is available to download from the Company’s website: https://eurobatteryminerals.com/en/economic-reports/

“Dear Shareholder,
Eurobattery Minerals AB, formerly Orezone AB, is pleased to release the annual report for 2019. In 2019 the focus on sustainability has grown to a global mass movement and companies increasingly view sustainability as both a responsibility and a great business opportunity.

During the year Eurobattery Minerals has made some significant advancements in delivering on its vision to help Europe and the booming EV industry to become self-sufficient in ethical and fully traceable battery minerals. These include the acquisition of Corcel Minerals SL, the name change of the Company, the listing on the NGM and the completion of our maiden mineral exploration programme at the Corcel Project. This was followed by the release of our first drilling results at the end of the year with more results released in the beginning of 2020. The Company is proud of what it has achieved to-date and continues to implement its strategy to become a European-based mining company targeting extraction of ethical and fully traceable battery minerals which are critical to the EV market in Europe.

Looking at the EV market, the already strong growth and interest in the sector has increased even more in 2019. The car manufactures are all presenting new EV-models and several battery projects have been announced across Europe. However, still Europe only caters for 2-4 percent of the total batteries needed in the booming European EV industry. This could become even more constrained with initiatives in traceability and ethical sourcing as many battery minerals are still unfortunately mined without focus on sustainability and fair employment conditions, including child labour.

Considering the on-going Covid-19 pandemic, the outlook for the EV market in short term is hard to predict. However, we know that many of the car manufacturers in Europe have already announced an extended range of EV-models for the near future. Also, looking at the macro perspective, signals from both leading politicians and business leaders across Europe suggest that sustainability and green solutions are key elements when re-starting the economy. With all our assets literally in the ground, Eurobattery Minerals is well positioned to continue its operations to be the long-term foundation of the battery value chain for a sustainable transportation industry.

During 2019, the company finalized its maiden drilling programme at the Spanish Castriz prospect, where previous exploration had highlighted the area to be very prospective for Ni-Co-Cu mineralization. Drilling has confirmed what the historical explorers originally reported. Notably the extensive zone of bedrock with elevated Ni-Co-Cu contents is much larger than previously predicted, measuring approximately 700m in strike and up to 700m in width.

In 2020, the Company will complete the remaining tests at the Castriz prospect needed to assess its economic potential. Further to this, Eurobattery Minerals has also commenced planning its 2020 work programme at the Corcel Project and will look to expand the zones of prospectivity to other areas of the project. In Sweden, the Company completed new samples for petrographic and chemical analysis in its different projects and previously found and analysed boulders and outcrops have been investigated further.

The Companies business strategy will continue with its focus of building a pipeline of projects across the exploration, development and production stages. As part of this, the Company has signed an investment and shareholders agreement including an option for a staged acquisition of 100 percent of the shares in Vulcan Hautalampi Oy, 100 per cent owner of the Hautalampi Nickel-Cobalt-Copper Project, in eastern Finland.

The Company is looking forward to providing regular updates to shareholders about its future plans at the Corcel Project, the Hautalampi project, the Swedish projects and the overall strategy of becoming the foundation of the battery value chain.”

Eurobattery Minerals in brief
Eurobattery Minerals is a mining and prospecting company focused on battery minerals such as nickel, cobalt, copper and rare earth elements. Business activities and operations are conducted exclusively in Europe with a focus on Spain and northern Sweden. The company has one mining license and eight exploration licenses. The headquarters is located in Stockholm.