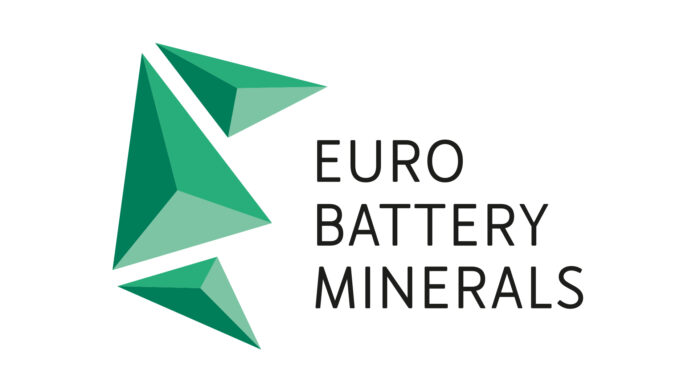 Eurobattery Minerals AB, a growth company in the mining and exploration industry with the vision to help Europe become self-sufficient in ethical battery minerals, has announced that the first assay results have been received from the drill holes carried out as part of the 2021 diamond drilling campaign on its Spanish Project (Corcel Project), initiated in June 2021 and completed on time and on budget. The company believes the results are highly satisfactory for the continued projection of the Corcel resource.

* The first assay results have been received from the first two drill
holes (COR005 and COR006) of the seven drill holes carried out in 2021
in the Corcel Project.
* Elevated levels of nickel (Ni), copper (Cu) and cobalt (Co)
intersected in drill holes COR005 & COR006. Assay highlights from the
first two drill holes include:

* Assay results pending from the remaining drill holes. Results
anticipated in the first months of 2022 to obtain the accredited
resource certification (Ni 43-101) in the first quarter of 2022.

* Based on the results obtained in the 2019 campaign and the first
results received this year, and taking into account the size of the
anomalous zone, there is potentially a deposit of considerable size
(around 60 million tonnes with 0.25% Ni).

“The results from this and the previous drilling campaign indicate the
excellent potential of establishing a solid nickel project in the south
of Europe,” commented Roberto García Martínez, CEO of Eurobattery
Minerals.