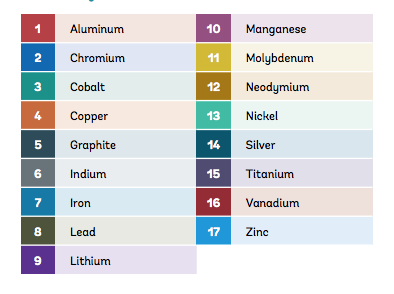 Production of battery metals such as graphite, lithium and cobalt will have to increase by nearly 500% by 2050 to meet the growing demand for clean energy technologies, the World Bank reported Monday.

According to the global lender, over 3 billion tonnes of minerals and metals will be needed to deploy wind, solar and geothermal power, as well as the energy storage required to transition to a low-carbon economy.

Many of the critical minerals used to make batteries for electric vehicles are found in developing nations. The World Bank’s goal is to help those nations to mine those commodities in a sustainable manner to avert major ecological damage. 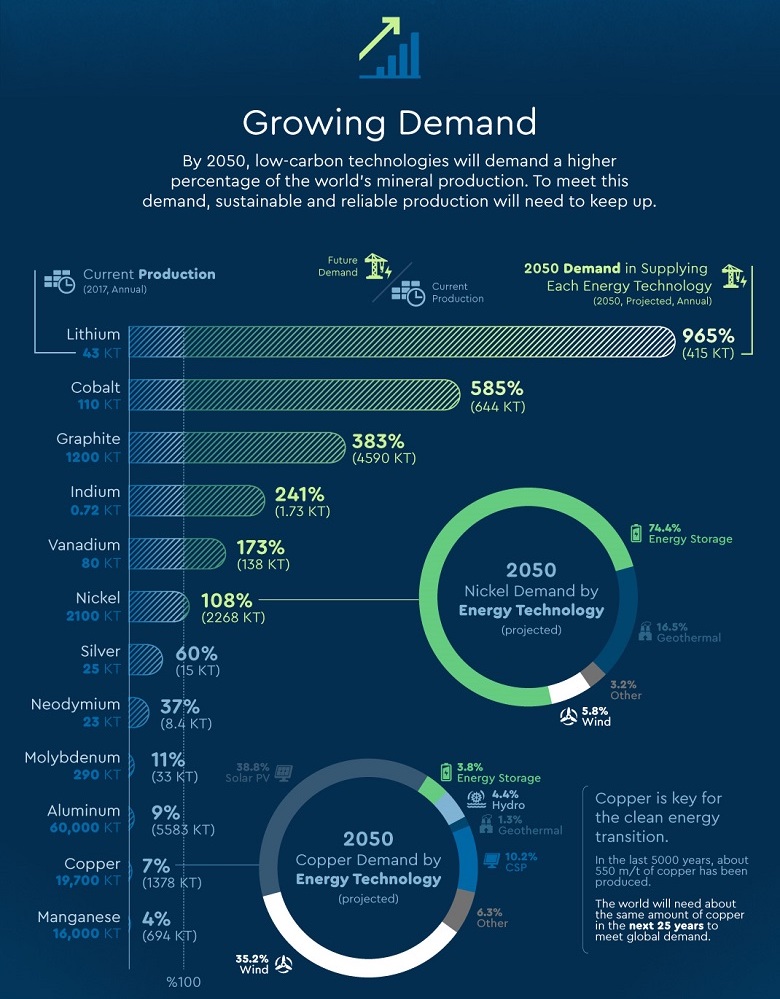 Mining the vast amount of key commodities the world will need is seen as the only path to achieving the goals of the Paris Agreement. The accord seeks to limit global warming to 2°C or less.

The Minerals for Climate Action report says the world will require global carbon emissions of greenhouse gases to be reduced by 50% by 2030 and to net-zero by 2050.

The finds confirm the premise of a first report, published in 2017, which warned that the more ambitious climate targets become, the more minerals and metals will be needed.

While renewables and energy storage technologies require more minerals, the carbon footprint of their production — from extraction to end-use — will account for only 6% of the greenhouse gas emissions generated by fossil fuels.