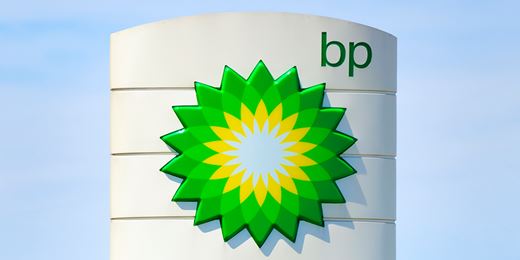 (Original article: The Guardian) BP’s new chief executive said the impact of the coronavirus pandemic has deepened his commitment to shrinking the oil giant’s carbon footprint to zero. Bernard Looney, who took the helm of the oil firm in February, said he was “more convinced than ever” that BP must embrace the energy transition following the collapse of global oil markets.

He told The Guardian that his commitment to steering BP towards its net-zero carbon ambitions, set out earlier this year, is “deeper” due to the impact of the Covid-19 outbreak. “I am more convinced than ever that this is the right thing to do, and we need to crack on with it,” he said. “The pandemic only adds to the challenge that already exists for oil in the medium to long term.”

Some energy economists believe demand for oil may never recover to its levels before the pandemic if changes to business travel and commuting remain after the lockdown ends. This raises serious questions over the business models of major oil companies, which are already under pressure due to tougher climate action and the rise of renewable energy.

“We’re all living and working differently right now. Not all of that will stick, but some of it will stick for sure. The question I have is whether consumers will consume less, and I think there is a possibility that they will,” Looney said.

The world’s oil demand has fallen to 25-year lows following the outbreak of Covid-19, which has severely limited demand for transport fuels, causing global oil prices to fall by two-thirds. The oil market crisis has wiped billions from major oil companies, including BP which reported a loss for the first quarter of this year.

“I think this will remind people of the fragility of the ecosystem that we work in; people are looking up at the skies and seeing less pollution, and I do hope that there will be an even greater appreciation for nature as we move forward, which should keep the climate at the forefront of public debate,” he added.

Looney began his tenure as BP boss by promising that the oil company would invest more in clean energy and less in fossil fuels over the next three decades as part of an ambition to become a carbon neutral business by 2050. The plan will use carbon offsets, such as tree-planting and emissions capture technology, to mitigate the fossil fuels it will continue to produce by the middle of the century.

“Do the near-term issues cause us to be able to invest a little less than I would have liked in these next couple of years? Possibly,” he said. “But I do believe that we will remain true to what we said on 12 February; that over time, we will invest more into non-carbon businesses and less into hydrocarbon businesses.”

The pressure facing oil producers has increased as investors begin to turn their backs on fossil fuels in favour of green energy, which is cheaper and offers more predictable returns.

This year, US oil prices plunged below zero for the first time, while BP’s solar energy business, Lightsource, struck new US solar power contracts totaling 400MW, Looney said, which underlines the resilience of the business.

“This is a sector which continues to attract investment and I think that’s because it is what society wants,” Looney said. “These are the reasons why my commitment [to net zero] remains as deep, if not deeper than it has been.”