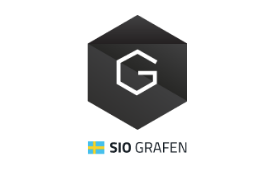 Together with the world-leading battery research group at the University where their journeys began, they will embark on a new SIO Grafen project, aiming to push the energy density & performance of Na-ion batteries to the next level, using Aros Graphene technology and Fennac cathode material to enhance their competitive edge in the commercial market.

SIO Grafen is a national Strategic Innovation Programme supporting the industrial graphene development in Sweden. The programme is supported by the Swedish government agencies Vinnova (Sweden’s innovation Agency), the Swedish Energy Agency, the Swedish Research Council Formas, and by sponsor partners. The vision for 2030 is that Sweden is among the world’s top ten countries in deploying graphene to ensure industrial leadership.

Chalmers University of Technology in Gothenburg, Sweden is leading the high profile European project of the Graphene Flagship – an advantage Swedish industry can use for visibility, credibility and for partnering with European enterprises and researchers. The programme office of SIO Grafen is also situated at Chalmers. The programme (SIO Grafen) is offering innovation funding possibilities such as open calls for groups of Swedish companies.