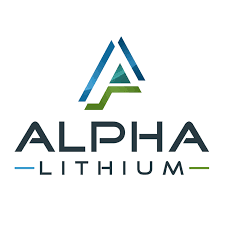 Alpha Lithium Corporation, Vancouver, Canada, (TSX.V: ALLI) (OTC: ALLIF) has announced that based on the exceptional results of the first phase of Alpha’s high-powered Vertical Electrical Sounding (“VES”) geophysics program (see press release July 16, 2020), the Company has decided to expand its area of investigation and survey additional acreage in the southern portion of the Tolillar Salar.

The southern portion of the Tolillar Salar is characterized by basaltic flows on the western edge, similar to what is seen in the Hombre Muerto Salar, 10km directly east of the Tolillar Salar. Additionally, it was previously unknown if the 700-meter-thick upper layer of sedimentary rock in the southern portion was brine bearing, or if it was linked to a lithium source.  What is exciting for the Company is that it appears as though the highly conductive, presumably brine-bearing zones in the north (where the presence of both brine and lithium have been confirmed) appear to extend south, beyond the captured geophysical data. It also appears that these conductive zones extend from surface to depths of 400-450 meters below surface. This southern area is previously unexplored; and the Company now believes it may hold significant potential.

The Company anticipates that exploration of the new southern acreage will identify additional high-conductivity horizons and yield significant drilling targets and similar results to what was found during our initial VES survey. The Company’s first VES survey demonstrated that the southern limits of the area investigated identified high conductivity that extended south, beyond the data points.

The previous, high-powered VES survey was shot on a small portion of the Company’s 100% wholly owned, 27,500 hectares, over legacy data points that required validation. The Company’s high-powered survey successfully detected several horizons of high conductivity and likely represent subsurface brine deposits. The results coincide with shallow tests previously conducted on the salar, which identified the presence of both brine and lithium.

The detailed operations and planning for a new, expanded southern-area VES survey are underway and arrangements are being made with Conhidro SRL, the same team of experts that performed the original VES survey, to conduct the expanded survey.

Brad Nichol, President and CEO, commented, “What an exciting time for Alpha Lithium. On the heels of an exceptionally successful high-powered geophysics program, we are eager to follow the obvious trend south into uncharted territory and open up an exciting new portion of the Tolillar salar. The southernmost extent of our previous VES survey demonstrated obvious, thick, conductive horizons which mandate following the trend to see what we can uncover.  We will continue to refine our drilling targets from the first survey and look forward to adding more drilling locations to the mix when we get the results of this second VES survey.”

The Company will report when the southern extension geophysics operations commences.

Alpha Lithium is a growing team of industry professionals and experienced stakeholders focused on the development of the Tolillar Salar.  Together, we have assembled 100% ownership of what may be one of Argentina’s last undeveloped lithium salars, encompassing 27,500 hectares (67,954 acres), neighbouring multi-billion-dollar lithium players in the heart of the renowned “Lithium Triangle”.  Other companies in the area exploring for lithium brines or currently in production include Galaxy Lithium and POSCO at salar Hombre de Muerto; Livent at salar Hombre de Muerto; Orocobre on salar Olaroz; Eramine Sudamerica S.A. on salar Centenario; Gangfeng and Lithium Americas on salar Cauchari;