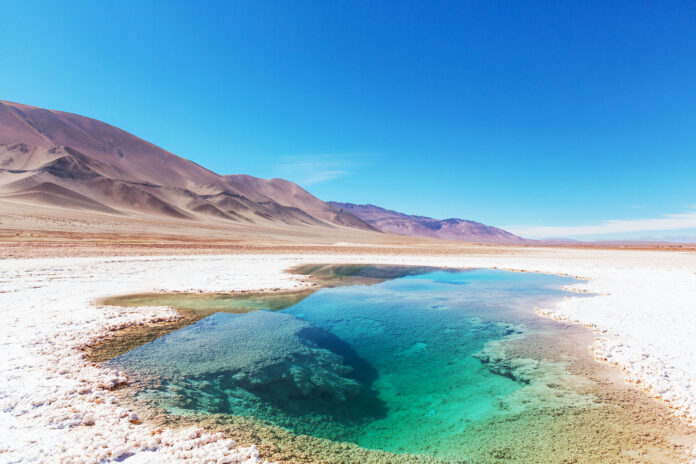 Alpha Lithium Corporation (TSX.V: ALLI) (OTC: ALLIF), Vancouver, British Columbia, Canada, announced it has completed the first phase of geophysics and provides a summary of ongoing operations at the Company’s Tolillar Salar.  The technical and operations teams mobilized in May and transported a full complement of equipment for the first phase construction of a high-altitude onsite camp.

In addition to conducting the geophysics program, Alpha has also engaged local community members; thus, reinforcing Alpha’s commitment to all stakeholders from the very beginning of the project.  Additionally, Alpha has begun construction of a major access road to the salar and started developing a network of roads on the salar. The team also erected the first phase of what will become Alpha’s permanent high-altitude onsite camp. The camp now provides 24-hour communications, housing, food, water, and related facilities in support of all activities taking place across the entirety of the Tolillar Salar.

Dr. Garcia is a celebrated lithium brines hydrogeology expert, having worked on virtually every salar in northwest Argentina. He is a world-renowned geological professor who has taken a keen interest in getting very hands-on in Tolillar.  In fact, Alpha’s Tolillar project is the first salar he has personally visited in over three years and advised that this was due to having been inspired by his team’s initial analysis of the existing data.  He personally directed the VES crew to ensure near-perfect data was captured during the geophysics program.

David Guerrero, Alpha’s Country Manager, reports, “It’s been a very hectic and altogether successful two weeks of mobilizing our on-site camp ahead of schedule and under budget.  Dr. Garcia’s previous analysis of the data at-hand provided such a high level of confidence that we assuredly strayed from convention and took advantage of cost saving opportunities and the abundance of available equipment partially due to Covid-19 impacts on regional activity.  With a surplus of equipment and eager workforce immediately available, we were able to secure high-performing crews at a fraction of the typical cost.  The construction of a camp this early in the exploration process will significantly lower our future operating costs.”

Brad Nichol, Company CEO notes, “It‘s fantastic that we have already completed our planned geophysics program and were able to get up and running in Argentina so quickly.  Given today’s global uncertainty, we weren’t quite sure how smoothly operations might ramp up; however, we are thrilled at how efficiently and quickly David has been able to get moving.  We have had highly positive interactions with the local community and our geophysics was shot under the direction of a local geological legend.  Our camp is established four months ahead of schedule and under budget. With a degree of optimism returning to the resource sector, we very much look forward to reviewing the results from our first geophysics program at Tolillar Salar.”

Previous programs conducted at Tolillar provided encouraging results as samples taken at shallow depths ranged up to 504 mg/L of lithium. Initial Company-driven activities on the salar have also led to the discovery of two new fresh water sources.  Securing access to fresh water in high altitude deserts like Tolillar is an enormous benefit for future development and production operations and serves as a decided advantage towards the strategic value of the Company.

About Alpha Lithium
Alpha Lithium is a growing team of industry professionals and experienced stakeholders focused on the development of the Tolillar Salar.  Together, we have assembled 100% ownership of what may be one of Argentina’s last undeveloped lithium salars, encompassing 27,500 hectares (67,954 acres), neighboring multi-billion-dollar lithium players in the heart of the renowned “Lithium Triangle”.  Other companies in the area exploring for lithium brines or currently in production include Galaxy Lithium and POSCO at salar Hombre de Muerto; Livent at salar Hombre de Muerto; Orocobre on salar Olaroz; Eramine SudAmerica S.A. on salar Centenario; Gangfeng and Lithium Americas on salar Cauchari.