Home Company news Yuasa provides a boost for a new UK attempt at the Outright... 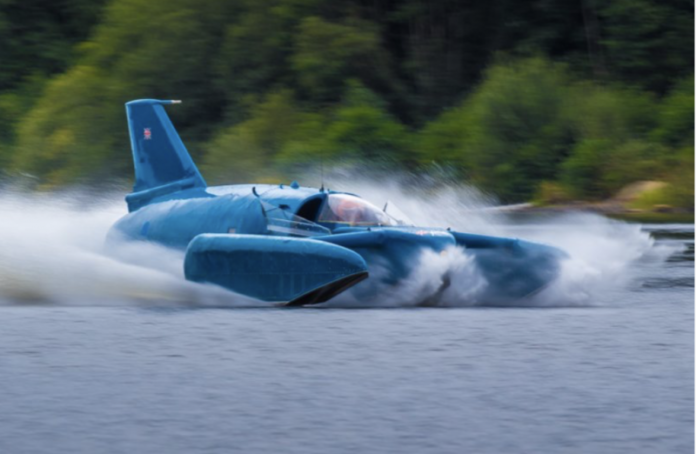 Yuasa, the UK’s market vehicle battery brand, has announced an exciting new partnership with the Longbow Jet Hydroplane project. Yuasa batteries, which are manufactured by GS Yuasa, will also be used to power up the jet’s engines as it attempts to smash the Outright Water Speed Record.

The Yuasa YBX5625 batteries will be used to start Longbow’s twin jet engines during testing before it hits lakes and lochs around the UK as part of an in-depth development plan in its attempt to break the existing Outright World Water Speed record of 317.596mph.

Developed in the UK, Longbow follows in the wake of Britain’s long and proud history in world water speed attempts, including the iconic Bluebird K7 piloted by Donald Campbell that held the record from 1955 to 1967. Longbow however, is a truly 21st century iteration utilizing the very latest in design and development techniques to extract optimum performance from the hydroplane’s jet engine.

Longbow Project Lead, David Aldred, said: “As you’d expect, starting Longbow’s twin jet engines requires very high performance. Faced with this very demanding and unique challenge, we approached Yuasa to ask whether they could help. Yuasa have risen to this extreme challenge by way of fully supporting this exciting venture by way of coming on board as a sponsor and supplying us with their batteries that exceed all of our requirements.”

The YBX Super Heavy Duty range provides one of the most comprehensive and highest specification offers on the market and is designed for a wide range of applications including HGVs, coaches and agricultural vehicles. The YBX5625 batteries were specifically chosen for their XVR Extreme vibration resistance, advanced plate design and stronger intercell welds.

James Douglas, Marketing & Product Manager at GS Yuasa Battery Sales UK Ltd said: “we’re pleased to support this truly exciting project – our batteries are often found in applications where reliability and performance are of utmost importance such as the International Space Station and the Shinkai deep sea submarine and we’re excited to add Longbow to that list. Our YBX Super Heavy Duty range has been specifically developed to provide dependable power where it’s needed most, in a wide range of commercial application such as trucks, buses and coaches and construction.”