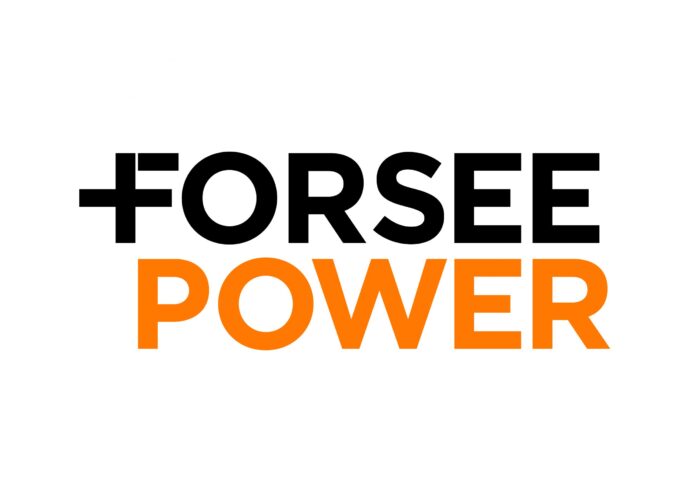 Forsee Power – the expert in smart battery systems for sustainable electromobility – has announced the order of 420 ZEN SLIM battery systems by Wrightbus, the zero-emission leading bus OEM in the UK.

While Forsee Power has already equipped 1,200 electric buses worldwide, the market growth is accelerating, and the battery expert consolidates its position of European leader with Wrightbus and other bus OEMs but also in the off-highway, light vehicle, and rail markets.

Founded in 1946, Wrightbus has developed a full range of electric buses both standard and double-decker. Present in all main cities in the UK and Ireland, the Northern-Irish bus manufacturer has announced a plan for 3,000 zero emission buses by 2024 to operate in the United Kingdom, but also in the rest of Europe and internationally.

«The story of bus electrification is accelerating. We started with a few units per project, then dozen, now hundreds, and soon thousands. The fleet of vehicles equipped with our batteries is planned to more than double in the next 12-18 months. We’ve been partnering with Wrightbus since the beginning of that journey, and such close link helped understand deeper market needs and develop the best offer in the market, constantly improving our technologies» explains Sébastien Rembauville-Nicolle, VP Business Development of Forsee Power.

Wrightbus was the first OEM to integrate ZEN SLIM, the thinnest modular battery systems in the world launched by Forsee Power early 2021. These first orders of 420 ZEN SLIM battery systems for 2022 include 3 versions of the extra-thin batteries – ZEN 11, ZEN 16 and ZEN 21 kWh – which represent close to 200 MWh of battery systems produced.

A key challenge for double-deckers is to embed enough energy to ensure all-day operations. Indeed, the structure of those buses does not enable to use the roofing space to place the batteries and those should not reduce passenger capacities.

ZEN SLIM batteries – whose extra flat format allows easy integration into the chassis of vehicles with optimal distribution of the weight – provide 333 kWh to 454 kWh to Wrightbus double-deckers and 333 kWh to 550 kWh to single-deck buses, ensuring high autonomy and overnight charging to electric buses that will run in many cities in the UK and outside. The buses can charge as fast as 2.5 hours and run 200 miles (320 km) in one single charge

«Our new double-deck bus powertrain equipped with FORSEE ZEN SLIM batteries is the highest battery capacity for a UK Double Deck bus and is also extremely energy efficient. Official assessments undertaken at UTAC using the ZEMO-accredited Ultra Low Emission Bus (ULEB) test showed that the StreetDeck Electroliner, achieved a result of 0.69 kWh/km. This is around half the energy consumed by its closest BEV double deck UK rival and significantly better than all other BEV single deck bus results published on the ZEMO website, making it the most efficient of its kind in the world.» underlines Dr Robert Best, Director of Engineering at Wrightbus.

In addition to ZEN SLIM, Forsee Power supplies PULSE high-power battery systems to Wrightbus for its hydrogen range. Indeed, Hydrogen is at the forefront of the Wrightbus offer, and together the two industrial players are leading the European fuel cell bus market.