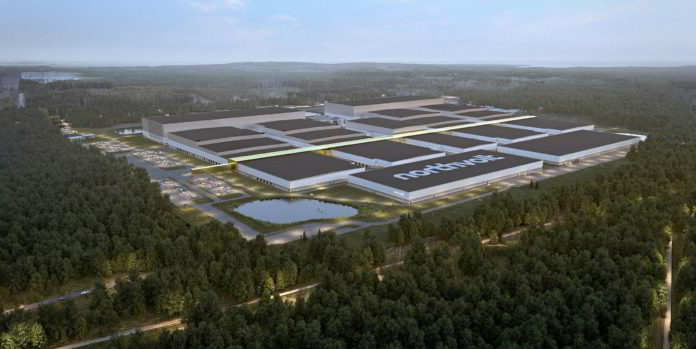 The joint venture between Volkswagen Group and the Swedish battery producer Northvolt AB is gaining further momentum. It has been decided that Volkswagen itself will erect the buildings and infrastructure for the joint venture’s “Northvolt Zwei” factory that is to produce lithium-ion battery cells, in order to leverage synergies at the Salzgitter site, Germany, based on the existing Center of Excellence for Battery Cells. Some €450 million is to be invested in this project. The joint venture will then rent the factory space. Battery cell production at the plant is scheduled to commence in early 2024 with an initial production capacity of 16 gigawatt hours.

“We are optimizing the Volkswagen Group’s strategic position in the key future field of batteries”, said Dr. Stefan Sommer, Volkswagen Group Board Member for Components and Procurement and a member of the Northvolt AB Board of Directors. “In addition to a very secure supply base with external producers, we are also systematically building up further capacities.”

In September 2019, Volkswagen and Northvolt established a joint venture to prepare for the large-scale production of lithium-ion batteries in Germany. Volkswagen’s commitment to erect the buildings and infrastructure is the next key strategic decision. Construction work at the site is scheduled to commence before the end of this year.

“Battery cell production in Salzgitter is an important step for the transformation to e-mobility”, said Thomas Schmall, CEO of Volkswagen Group Components. “We are pooling expertise at the Salzgitter site with production capabilities and the Center of Excellence for Battery Cells, and are therefore driving battery cell development further forward, developing new standards and transferring them direct to the manufacturing process.”

The Volkswagen Group is amassing technological expertise in the field of battery cell production as part of its electrification strategy. In addition, the Group maintains strategic relations with several producers to secure its battery supplies in all world regions. Currently, these suppliers are LG Chem, Samsung and SKI for Europe as well as CATL for China and Europe. In addition, SKI will also supply battery cells for the US market. In Europe alone, Volkswagen expects annual demand of over 150 gigawatt hours from 2025, with demand in Asia at a similar level.