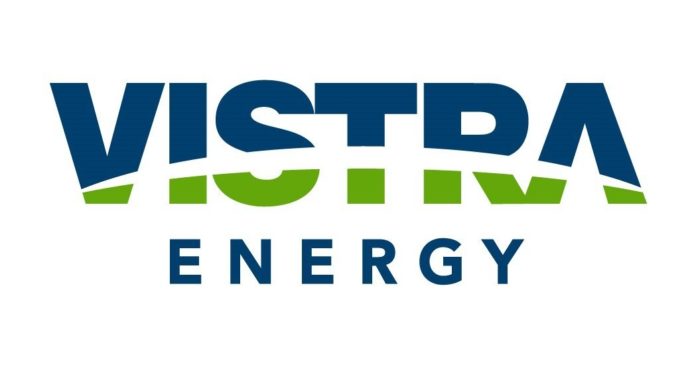 Vistra Energy Corp. (NYSE: VST), Irving, Texas, yesterday announced that it is increasing the size of its battery energy storage project located at the site of its Oakland Power Plant. The battery plant will now have a capacity of 36.25 megawatts/145 megawatt-hours instead of the previously announced capacity of 20 MW/80 MWh. Vistra anticipates the battery storage project will enter commercial operations by January 2022.

“We are excited to build on our original partnership with East Bay Community Energy and PG&E,” said Curt Morgan, president and CEO of Vistra. “We believe battery energy storage will play an increasingly key role in the reliability of the electric system, and this project represents a shining example of that view. Vistra is proud to be able to provide clean energy to the residents of Oakland while, at the same time, helping the city meet its sustainability goals.”

East Bay Community Energy CEO Nick Chaset said, “Adding an additional 16.25 MW of battery storage capacity in downtown Oakland is a win for EBCE, our customers, reliability of the electric grid, and local air quality. We’re pleased to participate in clean energy developments that help us meet our resource adequacy obligations while creating local benefits for the communities we serve.”

The battery system will be a partial replacement for the aging 165-MW jet fuel-fired plant, which is currently on a Reliability Must-Run contract with the California Independent System Operator (CAISO). Vistra plans to eventually retire the existing units at Oakland Power Plant and develop additional energy storage projects on the site in the future.

Vistra is a market leader in utility-scale battery development: its 10-MW/42-MWh Upton 2 Battery Storage Facility came online in December 2018 and is the largest in Texas, while its 300-MW/1,200-MWh Moss Landing battery project is currently under construction in California and slated to be complete later this year. When the Moss Landing battery storage system comes online, it will be the largest battery of its kind in the world.