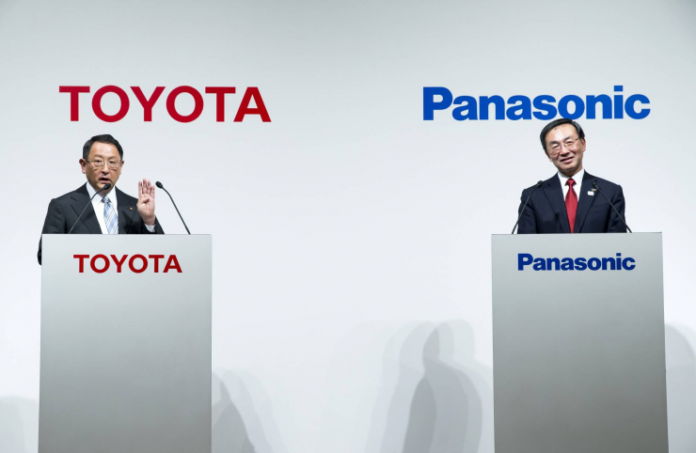 (Bloomberg) In late 2019, a few months before the pandemic upended international travel, Japanese automotive battery chief Hiroaki Koda flew from Tokyo to Buenos Aires, took a three-hour local flight and then drove another four hours to reach a salt lake 13,000 feet (4,000 meters) up in the Andes mountains.

The flat highland area near the Chilean border is where a vital battery component — lithium — is mined. Koda, the president of Prime Planet Energy & Solutions, a Toyota Motor Corp. and Panasonic Corp. battery joint-venture, was there on a mission: revamp the site’s operations to lower his cost of materials.

He only had one day. The high altitude means staying any longer is tough for newcomers. Still, touring the roughly Seattle-sized mine site, Koda says he found a “treasure trove” of about 100 ways to improve operations — such as adjusting production plans to prevent unused inventory piling up.

The journey is emblematic of the measures Koda intends to take to slash up to 50% from the cost of Prime Planet’s batteries by 2022. Achieving that target will see the company overtake industry leaders Contemporary Amperex Technology Co. Ltd. and LG Energy Solution Co. in cost-competitiveness, Koda said in an interview at his office in Tokyo.

Materials alone make up 60% of the cost of an EV battery and about half of that comes from resources like lithium and cobalt. Finding ways to reduce those expenses is proving increasingly important as surging demand for electric vehicles sends raw materials prices soaring.

The other half of the puzzle is bringing down the remaining 40% of costs, which are related to development, production and facility-investment. There, Prime Planet is working to increase efficiency by standardizing the chemicals in its cells based on the common needs of its automaker customers.

By implementing these and other initiatives, “we’ll catch up with and overtake rivals in China and South Korea,” Koda said.

Hiroaki Koda: “The foundation necessary to raise our competitiveness above rivals’ has pretty much been established”.

It’s an ambitious goal. Prime Planet formally started operations just last year and still has a lot to prove. The firm currently holds the top share — around 25% — of the market for hybrid batteries. But it lags far behind in higher capacity EV batteries, where China’s CATL and Korea’s LG Energy Solution together claim more than half the market.

A common method of lowering costs in the battery arena is to quickly build scale. And as companies jostle for a share of a global battery market SNE Research forecasts will be worth $352 billion in 2030, nation-states are becoming involved. South Korea this month announced plans to invest 40.6 trillion won ($35 billion) in its EV-battery industry by the end of the decade.

Under Koda’s leadership, Prime Planet has moved to ramp up output. Last fiscal year it produced hybrid and EV batteries for 1.4 million vehicles. Earlier this year, the company announced it’s adding new lines at plants in Japan and China. It also plans to start producing batteries for around 500,000 hybrid vehicles a year at a factory on the Japanese island of Shikoku in 2022, Koda said.

Toyota, Prime Planet’s parent company, is also stepping up plans to electrify its fleet. The world’s biggest automaker plans to nearly quadruple sales of electrified vehicles to 8 million units in 2030, meaning it will need to multiply current battery capacity by 30 times. Prime Planet also has other customers that make up over half its sales.

Koda, a former executive at Toyota, has a long background in optimizing production activities and managing procurement prices. Many of his management techniques are rooted in the tenets of the fabled Toyota Production System — a philosophy focused on hyper-efficiency that informs everything from manufacturing practices to interactions with suppliers.

Still, Koda says he’s cognizant of the speed at which competitors are working to expand their own operations. By 2025 he aims to further refine Prime Planet’s activities and reduce costs by 65% to 70%.

“It’s a competitive world,” he said. “There’s a certain price level necessary for EVs to spread. If we don’t meet that, we won’t sell.”